Nick Dougherty: "I'd be in tears walking down the fairway"

Nick Dougherty has opened up on the struggles he went through after the tragic death of his mother when he was 26 years old. 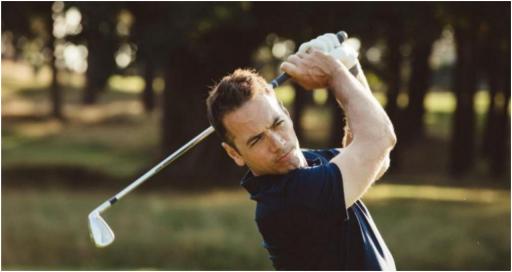 Golf is a very lonely sport and players are not immune to feeling the weight of the world on their shoulders.

In recent years, some players have stepped forward and detailed their issues with the black dog.

Matthew Wolff took an extended break from the PGA Tour and has come back refreshed. Bubba Watson, too, has had his demons.

Even Rory McIlroy once admitted to raiding the mini bar and crying on the edge of his lonely hotel bed in one dark moment a few years ago.

Sky Sports presenter and three-time European Tour winner Nick Dougherty recently was a guest on Off Course with Claude Harmon.

There, he explained what life was like for him after his mother had died when he was 26 years old.

He talked through how he would have liked a shoulder to lean on and how he managed to even win after her passing.

"It definitely would [have been helpful], because when Mum died, unfortunately I was right at the top of the Ryder Cup standings.

"And it was a Ryder Cup year, it was [Nick] Faldo's team. I decided after Mum died — because it was an escape from something that was so painful — rather than having to face that, I turned to, I'm gonna make the Ryder Cup team for my mum.

"And it became my be-all and end-all, and I threw myself into golf, and of course it was painful, because I had all this stuff going on inside me.

"And ironically, I'd play in tournaments, I'd be in tears walking down the fairway and finishing top-10. Because I was a good golfer, but I was in ribbons inside.

"And of course I didn't make the Ryder Cup team. I just missed out. And then the next year, I won. [That's] where I lost all of it. I didn't say out loud, 'I'm really struggling.'

"I almost needed to know, 'It's all all right, mate. It's gonna be a tough time.

"Life's not ever gonna be the same again, it's all okay. I just thought, I'll play my way out of this. And of course, the one thing I could touch was my golf swing."

Dougherty said that when his mother had passed, friends and family wanted to help. But he was treated as if he was sick.

Friends on tour, including Miguel Angel Jimenez, came up to him and offer support. "But it was the last thing I really needed," Dougherty added.

Dougherty then got the opportunity to work for Sky Sports and was grateful for the positive feedback, he said. The rest is history.

His last victory came in 2009 at the BMW International Open.

He said: "I felt so hollow. It actually occured to me: 'My mum wouldn't have given a crap about any of this.' She wouldn't have cared. She would have been like, 'Are you happy?' 'No Mum, I'm not happy.'

"That's when I realized, wow, I've won three times in 360-odd starts, and this is what it feels like? I realized I was in trouble."