Bernd Wiesberger DEFENDS his Made in HimmerLand title, securing a five shot win

Bernd Wiesberger has won back-to-back titles at the Made in HimmerLand in Denmark on the European Tour, finishing five shots clear of Guido Migliozzi. 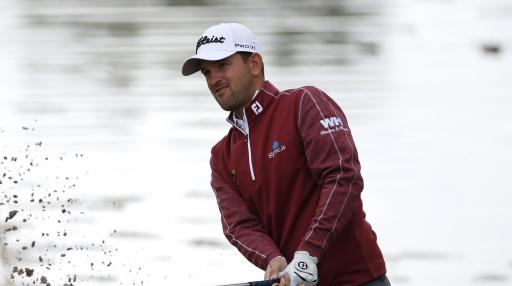 Bernd Wiesberger fired a 64 in his final round to win the Made in HimmerLand by five shots, defending his title from 2019.

The Austrian, who entered the final round at the Himmerland Golf and Spa Resort with a one-shot lead over Sweden's Alexander Bjork, made an opening birdie at the 1st hole.

The 35-year-old completed his front nine in two-under-par to hold a one-shot lead over Guido Migliozzi, who rallied on Sunday from well behind to contend.

Wiesberger took the tournament by the scruff of the neck on the back nine. He birdied the 10th, 11th and 12th holes to extend his lead to three shots on 19-under-par.

With these birdies, he surpassed the clubhouse lead set by Migliozzi on 16-under-par. The Italian would finish second, just as he did to Richard Bland at the Betfred British Masters.

The 24-year-old's superb final round of 63 wasn't enough as Wiesberger made birdies on the 14th and 15th holes. He would finish on 21-under-par and win by a five-shot margin.

"I come to this event because I really like it here and I enjoy playing here, it's good for my confidence especially after a couple of tough weeks, so it's a special place for me.

"I play really good golf here, it brings out the best in me and I really enjoyed the battle out there today. I got it going when I needed too and it was really enjoyable."

His victory in Denmark was his eighth on the European Tour and since 2019, he has picked up four victories on the tour which is more than any other player.

He has now risen to 17th in the Race to Dubai standings and it has also put him on the edges of the European Ryder Cup selection places.

Jordan Smith, Jason Scrivener and Richard Bland all finished in a tie for third on 15-under-par for the week.