Scott Hend had gone home back home for his wife's birthday, but when he came back to play on the European Tour, he experienced a host of problems. 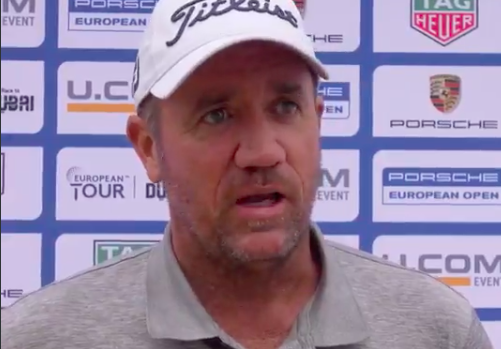 We all dread the complications that we face with travelling such as collecting luggage and catching flights, and it can be extremely frustrating.

European Tour player Scott Hend experienced a number of different issues when trying to arrive in Hamburg for the Porsche European Open this week.

The Australian had to take detours to Paris and Copenhagen when flying from Florida for his wife's birthday, before arriving at the Green Eagle Golf Course in Germany.

However, the airline had lost his luggage so the 47-year-old was without his clubs and any golf gear for the first round at the Porsche European Open.

Nominee for interview of the year pic.twitter.com/4dQn47cTBr

He was forced to rush to the shops and buy some clothes and he borrowed shoes and clubs from various tour players such as Scott Jamieson, Stephen Gallacher and Alexander Levy.

To make things worse, when he arrived in his hotel room and got ready to get some rest, the air conditioning wouldn't work. He then had to change room to avoid sleeping in intense heat.

In an exasperating chain of events, Hend also borrowed fairway woods and a putter from the owner of the golf course, so it is no surprise that the three-time European Tour winner was just happy to break 80.

With all these distractions, Hend could only manage a 79 on the first day of the event and he followed this up with a 76 on day two to finish on 11-over-par for the tournament.

The event in Germany this week is a 54-hole format and unfortunately, Hend has missed the 36-hole cut, but this is hardly surprising given the circumstances.

"Australian attitude. Not a country of whingers and sooks," one fan commented.

"Great interview. That's why you're in my fantasy team every week," another fan said.

"Got to admire his outlook on the situation, good luck today," another fan commented.

NEXT PAGE: "I LOVE WHAT'S BEEN GOING ON": BRYSON DECHAMBEAU ON FEUD WITH BROOKS KOEPKA