There are some notable absentees this year, including Rory McIlroy and Jon Rahm. 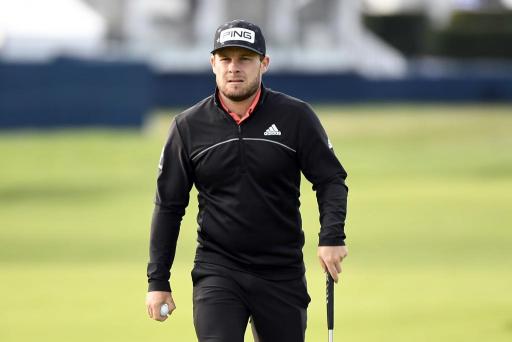 It's nearly time for the flagship event of the European Tour, the BMW PGA Championship at Wentworth Club.

But there are some notable absentees from this September's event, begging the question - should it be moved back to its former date of May?

In 2019, when Masters champion Danny Willett emerged victorious after a few years in the doldrums, there were a host of big names playing.

They are not on the entry list for this year's championship, starting from Thursday.

East Lake Wentworth. Fresh off a 5th place #FedExCup finish in Atlanta yesterday, Viktor Hovland made the 4,200 mile journey to get an early look at the West Course this afternoon. #BMWPGA pic.twitter.com/CBleiqV6wb

There are some notable big names making the journey across the pond, though.

Viktor Hovland will peg it up before joining the rest of the European team for the forthcoming Ryder Cup at Whistling Straits.

American Billy Horschel, who had a decent Tour Championship finishing T9, has also flown over.

So let's give credit where credit is due.

Arrived today for the @BMWPGA ! Looking forward to the week and getting out to practice tomorrow. https://t.co/MRoutcV3ic

The famous championship was switched to September in 2019 following the decision to move the US PGA Championship to May.

The latter will name his captain's picks for the Ryder Cup afterwards, although it does already appear that two of them will go to Ian Poulter and Sergio Garcia.

There is a strong rumour that Justin Rose will take the third pick, but nothing has yet been decided.

But McIlroy, who many UK fans would loved to have seen in Surrey this week, has decided he needs to take some time off to recharge his batteries after a less than inspiring season.

"I was planning to go over to Wentworth to play the BMW PGA, but it's just too much travel," said McIlroy, who won this tournament in 2014.

The Højgaard twins have been winning for years

They're pictured here at the under 12 Danish Championships in 2012.#DSOpendItalia pic.twitter.com/gnHn7taxK6

The Hojgaard brothers will also be playing, after they recently made history on the European Tour.

It is still a cracking field this week, but it's fair to say previous years have certainly looked better on paper.

The BMW PGA Championship, which to many is still considered the flagship event on the European Tour schedule, deserves the very best European players in its field.