Calum Hill became the second Scottish winner in as many weeks to win on the European Tour at the London Golf Club in Kent. 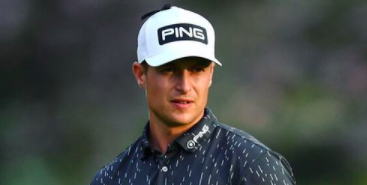 Calum Hill claimed his maiden European Tour title at the Cazoo Classic, producing a nerveless performance down the stretch in a roller-coaster final day.

Hill carded a 5-under-par final round 67 to make it back-to-back Scottish winners on the Race to Dubai, as Grant Forrest won the Hero Open at St. Andrew's last week.

The 26-year-old had missed out on an opportunity of a first victory at last week’s Hero Open, losing out to his compatriot Grant Forrest having shared the lead heading into the final day, but he made no mistake at London Golf Club.

Hill was one stroke off the pace entering round four and was two shots back as he reached the turn, but birdies at the 10th, 13th and 15th edged him clear of the pack on 16-under-par.

The three-time Challenge Tour winner holed a crucial par putt on the 17th hole as the contenders lined up behind him, including Alexander Levy who stormed through the pack with an 8-under-par 64 to set a 15-under-par clubhouse target.

Hill held his nerve and a par at the last earned him a 16-under-par finishing total and the title as the inaugural Cazoo Classic champion. Levy claimed outright second place for the Frenchman's best finish since April 2018 when he won the Trophée Hassan II.

"It's brilliant and I'm delighted. I'm happy with how I managed to play my last 11 or 12 holes and I'm really proud of what I managed to do," said Hill.

"I'm just happy I know I can get into Wentworth now! That was in doubt. This is the starting point and if I can take it on from here I’ll see how far I can go."