Thomas Bjorn on Eduardo Romero: "This really hurts, Eduardo was the nicest man." 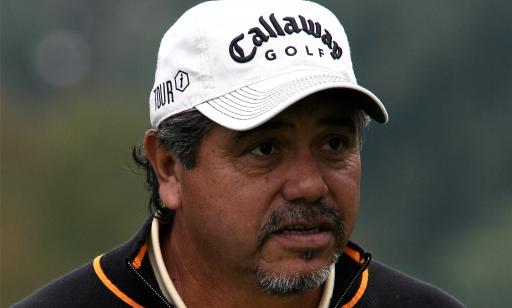 One of Argentina's greatest ever golfers Eduardo Romero has sadly passed away aged 67 after losing his battle with cancer.

Romero won eight times on the European Tour, including two victories at the European Masters in 1994 and 2000, and a Scottish Open triumph in 2002, a year that saw him finish fifth in the Order of Merit.

What a man! Such a warm character! With a kind heart! Inspirational ! Generous!..and alwaySmiling! #legend We’ll all miss ‘the cat’ RIP pic.twitter.com/gPp7tlaGqg

The man nicknamed 'El Gato' played in all of golf's major championships with a best result of tied seventh at the 1997 Open Championship at Royal Troon.

On top of those achievements, Romero flourished on his home Argentine Tour circuit winning a staggering 44 times between 1983 and 1999.

The European Tour group is sad to hear of the passing of Eduardo Romero at the age of 67.

But arguably Romero's greatest performances came after the age of 50 on the senior circuits, none bigger than winning two senior majors at the 2006 JELD-WEN Tradition and the 2008 US Senior Open on the PGA Tour Champions.

In total, Romero won five times on the PGA Tour Champions, and he also won back-to-back at the Senior Masters on the European Senior Tour in 2005 and 2006.

Romero also represented Argentina 14 times in the World Cup, and seven times in the Alfred Dunhill Cup when it was a three-man team event at St Andrews back in the day.

This really hurts..
Eduardo was the nicest man.
A great friend that always was a pleasure to be around.
He had a big game but more importantly an even bigger heart.
RIP, dear El Gato,
A true great ambassador for Argentina and for our game.
https://t.co/ONiH0DL8Jv

Former European Ryder Cup captain Thomas Bjorn was one of a number of golfers to post a tribute to Romero on Twitter.

"This really hurts.. Eduardo was the nicest man," tweeted Bjorn.

"A great friend that always was a pleasure to be around. He had a big game but more importantly an even bigger heart.

"A true great ambassador for Argentina and for our game."

RIP, Eduardo. Our thoughts are very much with Romero's family and friends today.

NEXT PAGE: WHY SAHITH THEEGALA WAS IN TEARS AT WM PHOENIX OPEN ON SUNDAY