Ryan Fox has won for the second time in his DP World Tour career after overcoming nervous moments in the final round at Al Hamra Golf Club. 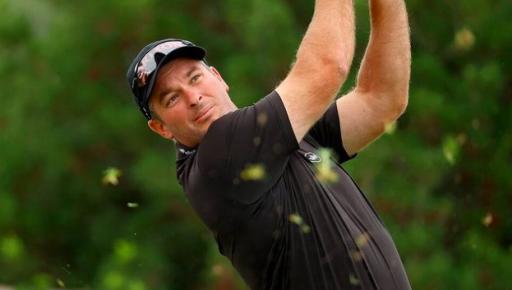 Despite brief moments of nerves and tension, Ryan Fox romped to victory by five shots at the Ras Al Khaimah Classic in the UAE.

Entering the final round with a six-shot lead, this was briefly cut to two shots by Pablo Larrazabal who rallied at Al Hamra Golf Club on Sunday.

At one stage Fox missed a 15-inch putt too which applied even more pressure to the New Zealander, but his three birdies on the back nine helped him to his second win on the DP World Tour.

"Relief is probably the main emotion obviously it was a bit of a struggle today. Sleeping on a six-shot lead, I did not sleep well last night and obviously, a couple of guys came at me early," said Fox after his win.

RELATED: BROOKS KOEPKA SAYS TPC SCOTTSDALE WOULD BE A HELL OF A RYDER CUP VENUE

Who else has done this? pic.twitter.com/By2377D5Hb

"I was a bit nervous, I had that awful feeling in the pit of my stomach all day, but I'm very happy with how I played.

"(I hit) a couple of great shots coming down the stretch and it was certainly nice walking up the last with my putter in my hand and knowing I had five or six putts for it."

Fox began the round on 19-under-par and his nearest competitors were Larrazabal, Adrian Meronk, Adri Arnaus and Scott Jamieson on 13-under-par. Fox's nerves showed when he bogeyed two of his opening six holes.

Larrazabal rolled in a great birdie putt on the 7th hole to get within two shots of Fox and the pressure was on. With nine holes left, the gap was at three shots.

To Fox's credit, he battled back with a fantastic birdie on the par-4 12th hole, boxing a 44-foot putt to reach 20-under-par. This score was not for catching.

The World No. 221 made another birdie at the 13th hole after a superb up and down from the sand. A birdie at the 72nd hole secured his five-shot win and a final-round score of 69.

Ross Fisher shot an impressive 66 on Sunday to reach 17-under-par in second place, while Larrazabal finished in a three-way tie for third place.

NEXT PAGE: IS LUKE DONALD THE RIGHT MAN TO LEAD EUROPE AT THE NEXT RYDER CUP?