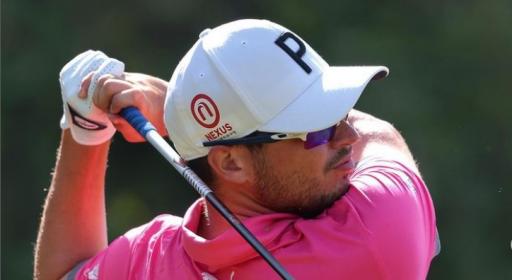 Ferguson entered the final round with a three-shot lead and he began with two birdies and a bogey in his opening four holes.

Englishman Richard Mansell, looking for his first win on the DP World Tour, emerged as his main opposition. Mansell made five birdies in his first 10 holes to reach 11-under-par.

After a bogey on the 9th hole, Ferguson and Mansell were briefly tied for the lead on 11-under-par, but Mansell suffered a nervy finish with three bogeys in his last four holes, falling back to 8-under-par.

Ferguson found his third birdie of the day on hole 10 and he was a picture of consistency on the back nine, making eight consecutive pars with no one around him to cause unwanted anxiety.

The Scotsman carded a 1-under-par 69 to finish three shots clear of Spaniard Borja Virto, who shot a 68 himself, and Connor Syme. Mansell finished in tied fourth place with Marcus Helligkilde and Renato Paratore, who shot a 64 in the last round.

Ferguson has only made three top-10's on the old European circuit in 2022 with two of them being victories. The 26-year-old is set to tee it up next at the Omega European Masters at the end of the month.

In the women's tournament, it was Maja Stark's turn to win her first LPGA-sanctioned tournament. The Swede carded a course-record 63 at Galgorm Castle to emphatically seal the deal by five shots from American Allisen Corpuz.

The 22-year-old only turned professional last year and she now has five Ladies' European Tour wins to her name. She is also ranked first in the Race to the Costa Del Sol.