Ewen Ferguson's decision to tweak his driver shaft pays off as he goes wire-to-wire in Northern Ireland. 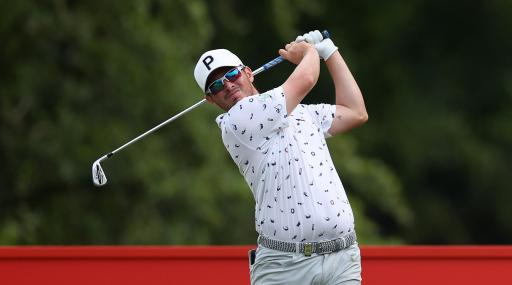 Ferguson, 26, led from wire-to-wire after blitzing the field with a course-record 61 on Thursday. He then added rounds of 70, 68 and 69 to finish 12-under par for the week.

Congratulations @EwboF Second win of the season at the ISPS Handa World Invitational. Start off with a 61 and finish with a win. What a week! pic.twitter.com/0BDr7ONhsm

The Scot also fired a course record at Fairmont St Andrews three weeks ago with yet another round of 61 on the Torrance Course during the Hero Open.

Ferguson now lies 17th in the DP World Tour Rankings ahead of his next start at the Omega European Masters.

The COBRA PUMA Golf athlete made some changes to his bag recently, and it would appear the decision paid off for him.

Ferguson added a Tour AD DI6x shaft to his Cobra LTDx LS driver, which he uses in 9 degrees.

Ferguson also dresses head to toe in PUMA Golf's exceptional AW22 collection, which showcases a classic style with a modern twist, paired with the IGNITE Articulate shoes that he wore throughout the week at Galgorm Castle.

Next Page: FedEx Cup standings - how the top 70 looks heading into the BMW Championship