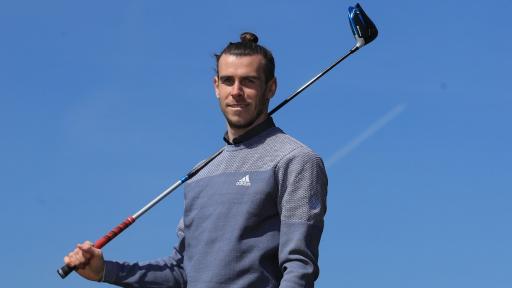 Bale, who has made 100 appearances for Wales, is an avid golf fan and, after lending his support to the Cazoo Open in 2021, the 32-year-old will assume the role of tournament host at this year’s event.

The Cazoo Open hosted by Gareth Bale will be part of a Great British summer of DP World Tour golf, as the fifth event of a six-week UK Swing. Golf fans will be treated to events in Scotland, England, Wales and Northern Ireland respectively across July and August.

Earlier this week, Bale was also announced as a Global Ambassador for The R&A in support of its activities to inspire new audiences around the world into playing golf.

Cazoo Open host Gareth Bale said: “I am very much looking forward to hosting the Cazoo Open at Celtic Manor. Last year’s tournament was a really exciting boost for Welsh golf and this year will be even better.

“The course is a great test for any golfer and I am delighted I will be there in person as host of the tournament and also as a fan to watch what promises to be four days of fantastic golf at a brilliant venue.”

In 2021, ICM Stellar, Bale’s management group, took on the role of co-promoter of the tournament after signing a three-year agreement with the European Tour group.

Keith Pelley, Chief Executive Officer of the DP World Tour, said: ““Having a globally-recognised star such as Gareth Bale hosting the Cazoo Open is fantastic both for the tournament and for the growth of golf in Wales, as well the wider awareness his profile brings.

“Gareth is a big supporter of our Tour and golf in general, and in his new role as a Global Ambassador for The R&A, he is helping to take our sport to new and different audiences.  We therefore look forward to working with him and the team at ICM Stellar, as well as Cazoo and The Celtic Manor Resort, as we continue to develop this event.”

To purchase tickets for the 2022 Cazoo Open hosted by Gareth Bale, click here.