Rory McIlroy: Time for a new caddie to change his fortunes?

Rory McIlroy is making a habit of losing tournaments when a win seems more likely. GolfMagic readers discuss whether he needs to change. 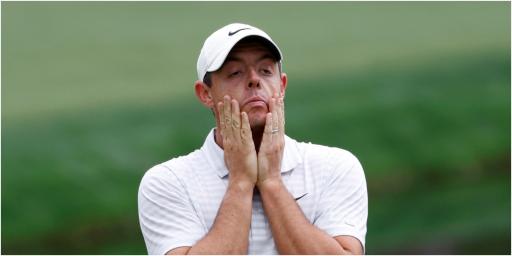 Rory McIlroy found himself in familiar territory at the Dubai Desert Classic last week on the DP World Tour.

It's a tournament that has been good to him but standing on the par-5 18th hole he produced one of the worst swings we've ever seen from him.

Cutting across the ball trying to hit a fade into the green at Emirates Golf Club, his ball ended up high and right and straight into the wet stuff when he was trying to find the green in two.

That was that. McIlroy's race was run and what seemed like being in the playoff at the very worst meant another dreadful finish. He marched off the green and had a stoney look on his face. What just happened, we're sure he would admit, was an embarrasing shot.

McIlroy's caddie is Harry Diamond, his longtime pal who took over from JP Fitzgerald after the Northern Irishman sacked him.

Diamond was memorably on hand to calm McIlroy down at Quail Hollow and persuade his player to take a penalty drop at the last. That ultimately led to McIlroy claiming a big win after a dreadful patch in form.

What do you think? Head over to our Instagram to join the discussion.

This has been something of a habit for McIlroy, now 32 years old. He has four major titles to his name and 28 worldwide victories.

Yet golf fans think he should be winning more than he does. A supremely talented player whose only trouble - his crtics suggest - is between his ears.

McIlroy was gunning for his third victory at the Slync.io Dubai Desert Classic for a third time to tie the record with Ernie Els.

The Northern Irishman's tee shot found the fairway on the 564-yard hole. He had 267 yards to the pin. Not exactly a tough shot for McIlroy.

The miss was left. McIlroy hit it right. He bowed his head and simply handed his 3-wood back to Diamond and trunched up the fairway.

He even looked as if he almost was going to snap the shaft of his club, instead opting to bend it slightly before looking up to the sky in disbelief.

McIlroy had escaped disaster earlier in the round. A wayward drive at 10 saw him land in the cabbage but he managed to get a club on it to hack it out. It led him making a pretty decent bogey in the end after he had to take another penalty drop.

At 17, again his drive went way, way left. He hacked out again and his pitch was incredible, hitting it stiff to save par. A birdie beckoned at 18 but that never arrived.

Clearly, this was one of the more painful near misses for McIlroy. And it's becoming too much of a habit.