There is a strong field lined up for the Omega European Masters, a tournament that has been won on multiple occasions by Matthew Fitzpatrick, Alex Noren and Thomas Bjorn. 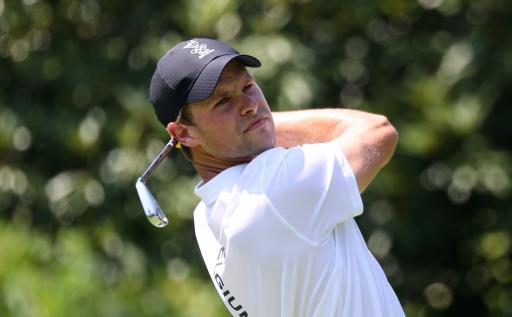 The Omega European Masters is one of the most exciting events on the European Tour and this is because of the venue and the strong field that the venue always attracts.

Crans-sur-Sierre Golf Club is an immaculate golf course in an incredible setting in Crans-Montana in Switzerland. It is a setting that is synonymous with the European Tour.

Johannes Veerman enters the tournament on top form after winning the D+D Czech Masters, and he was tipped up to win in Prague last week by GolfMagic at 25/1.

This week, the American is a 40/1 shot. Although that is an attractive price for an in-form player, we have three fresh selections for you to take note of this week.

Although Thomas Detry has been inconsistent this season, he finished tied second at the Porsche European Open and he lost in a playoff to Min Woo Lee at the Scottish Open at the Renaissance Club.

Detry has reached his personal best of 71st in the Official Golf World Rankings this season and with four top-10 finishes in 2021, I think 30/1 is a very good price for an improving player.

It is no secret that Francesco Molinari has had a dramatic fall from grace in the last two years. Since winning The Open and earning maximum points for Europe at the 2018 Ryder Cup, he is a shadow of his old self.

But the Italian will always have that ability to play steadily and perform well. He returns to the European Tour this week and at 40/1, I think he is definitely worth a bet and you would be kicking yourself if the 38-year-old won without being backed.

Marcus Armitage is an extremely consistent player on the European Tour and he was rewarded for this when he won the Porsche European Open in June.

'The Bullet' has top-10 finishes in the Austrian Golf Open and the Made in Himmerland earlier in 2021, so I believe 55/1 is more than a generous price for a capable player.