Henrik Stenson and Annika Sorenstam are hosting the Scandinavian Mixed this week at Vallda Golf and Country Club in, Gothenburg, Sweden. 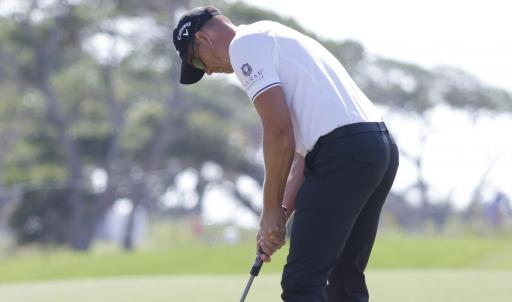 He became one of the most explosive and clinical players in world golf and it looks as though his 11-year-old son could be following in his footsteps.

Kalle Stenson has been showing off his great swing in Sweden this week as the European Tour released footage of the young man's superb play.

Kalle shows the confidence and the class that we all wish we had and I think it is fair to say that he will have many people sick with envy at how good he is at golf at such a young age.

It is always great to see young people like Kalle who are clearly very passionate and obsessed with the game of golf, and who knows, he may grow up to emulate the achievements of his dad.

Golf fans reacted to the video of Kalle:

"I remember when Dad @henrikstenson had a baby face like that!," commented fellow European Tour player Lee Westwood.

"Want to see the match: Kalle Stenson VS Charlie wood," one fan said.

"Playing with the King of Kings Henrik Larsson," one fan commented.

"How can he play without a glove?" another fan said.