Stenson salvaged a par at the end of Thursday's first round, but Friday got even worse for the Swede... 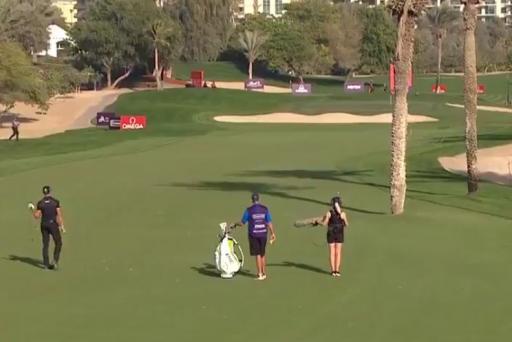 Henrik Stenson hit one of the worst shots of his career during the opening round of the Dubai Desert Classic, but the Swede showed his class with a fantastic par save at the final hole.

Things got even worse for Stenson during the second round on Friday, shooting a 5-over par 77 to leave the 44-year-old 7-over for the tournament, meaning he will miss the cut into the weekend by some margin.

Thursday's opening round was an erratic one for the European Tour veteran and after being 1-under par through 11 holes, Stenson's round took a turn for the worse with a triple bogey 7 at the par-4 12th.

Stenson was then 2-over par heading down the par-5 last and after finding the middle of the fairway from the tee, he was in a fantastic position to reach the green in two to try and salvage his round.

What happened next was extremely uncharacteristic of the 'Iceman', who is usually so reliable with an iron in hand. Stenson shanked his shot so far right it almost missed the pond, but he recovered in epic fashion.

WATCH STENSON'S UNORTHODOX PAR IN THE VIDEO BELOW:

Stenson will be hopeful of putting the Dubai Desert Classic quickly behind him as he looks to cement a place in Padraig Harrington's Ryder Cup team for Whistling Straits.

It's still unknown what capacity crowd will be allowed at the event in September, but Harrington said he expects a "seriously big party" if spectators are able to attend.

NEXT PAGE: Golf is safe to return in England reveals new scientific report