World No.3 Jon Rahm fires expletives after errant shots on day two at the Scottish Open. 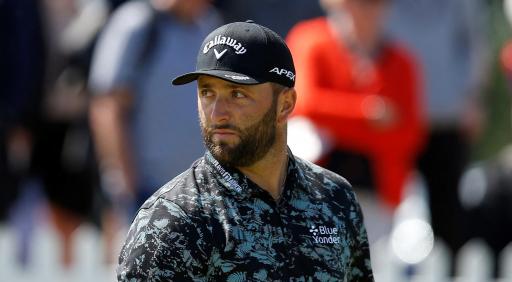 Jon Rahm's temperament has slowly but surely been improving on the PGA Tour. Only every now and then, he will still spit his dummy out.

That was unfortunately the case on day two at the Scottish Open as the World No.3 fired not one, but two strops at The Renaissance Club.

"Great draw... greeeeeeat f***ing draw, you asshole," shouted Rahm with strong emphasis on the F-bomb in front of the microphone by the tee box.

Tell us how you really feel, Jon?

Rahm carded a 72 in the second round but is still in contention for his second title of the year at level par for the tournament.

The Spaniard has played steady without being spectacular this season with a victory in Mexico but no top-10s in the first three majors.

Rahm, who won the US Open last year, will be looking to put that right when he tees up in the 150th Open Championship at St Andrews next week.

First-round leader Cameron Tringale has slipped somewhat on day two at the Scottish Open to let the field back into the race.

England's Tyrrell Hatton is hot on the heels of Tringale, as too are in-form duo Matt Fitzpatrick and Xander Schauffele who raced up the board with rounds of 66 and 65 respectively.

Next Page: Thomas Bjorn DISQUALIFIED from the Scottish Open after shocking mistake