Thomas Bjorn was disqualified from the Genesis Scottish Open at The Renaissance Club. 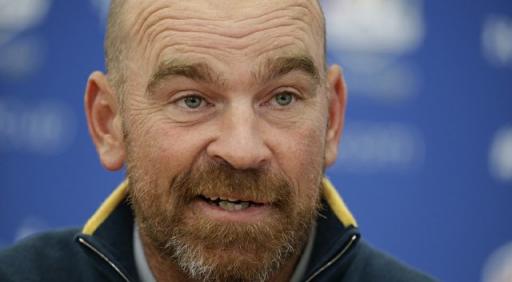 Thomas Bjorn was disqualified from the Genesis Scottish Open for signing an incorrect scorecard.

Okay, so, either way, Bjorn wasn’t going to make the weekend at The Renaissance Club in East Lothian but this was still a pretty rookie mistake for the Dane to make.

The 51-year-old former Ryder Cup winning captain carded an opening round of 5-over 75 here that included three bogeys and one double bogey.

He followed that up with a colourful card today, where he had two double bogeys, five bogeys and two birdies for a round of 77.

We’re not too sure what score he signed for, but the PGA Tour communications team posted: “Thomas Bjorn has been disqualified from the Genesis Scottish Open for signing an incorrect scorecard.”

Earlier in the week Bjorn dismissed speculation that he could lead the Ryder Cup team again. Likewise, Padraig Harrington.

Thomas Bjorn has been disqualified from the Genesis Scottish Open for signing an incorrect scorecard.

The speculation was in response to the news that the current Ryder Cup Europe captain Henrik Stenson could be heading over to play LIV Golf.

There was also a wild, unconfirmed rumour this morning that Jordan Spieth was also in talks with LIV. No doubt Spieth will be asked about this at the 150th Open Championship next week at St. Andrews before he takes on the Old Course.

Harrington recently said there was room in golf for LIV to co-exist with the PGA Tour and DP World Tour, insisting that everyone has different morals.

Harrington said of a potential return to skipper the Ryder Cup team: “I think there's plenty of people who have got a future in being Ryder Cup Captain and I think everybody should be given that chance. I had my chance.

“As much as I loved the experience of being Ryder Cup Captain, and I really did, it was a tough call, and I don't see myself going back into that arena again.

“It's just the nature of the business. It's a one-and-done, and it's a bigger event than the individual.

“So, there's loads of worthy captains. Whatever happens, there's plenty of people out there who will do the job justice.”