The K Club hosted the 2016 Irish Open when Rory McIlroy claimed victory and the event will return to the historic venue in 2023. 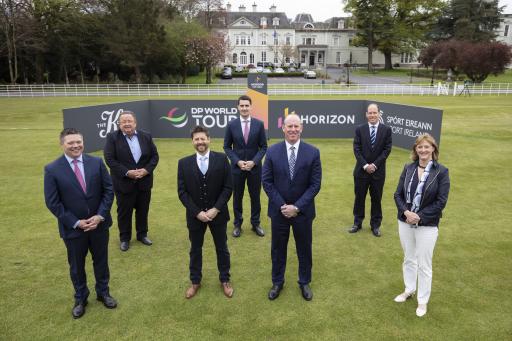 The K Club will also play host to the Challenge Tour’s Irish Challenge this year and in 2024 and 2026. This is part of the venue's commitment to the development of Irish professional golf.

The announcement continues the momentum of the Horizon Irish Open with Horizon Therapeutics who have signed a six-title sponsorship deal in February, beginning with this year's event at Mount Juliet at the end of June.

In 2023, The K Club will host the Irish Open for the second time. Rory McIlroy claimed a famous victory in 2016 which will live in the memory of Irish golf fans.

Related: WATCH: Is this the worst tee shot you have ever seen?

The Kildare course became the first Irish venue to host the Ryder Cup in 2006 when Europe marched to a convincing 18.5 - 9.5 over the USA under the leadership of Ian Woosnam.

"We share a special connection with The K Club through their hosting of the 2006 Ryder Cup, and we thank them for their commitment to the development of Irish golf through this long-term deal with both the DP World Tour and Challenge Tour," said Guy Kinnings, the DP World Tour’s Deputy CEO, Ryder Cup Director and Chief Commercial Officer.

"This news, along with the announcement earlier in the year of Horizon as title sponsors of the Irish Open until at least 2027, underlines the strength of our sport in Ireland, as we build towards the return of the Ryder Cup to Irish shores for its centenary edition in five years’ time at Adare Manor."

The Irish Open was first played in 1927 and it has been won by some of Europe's greatest ever golfers such as Seve Ballesteros, Sir Nick Faldo, Pádraig Harrington, Bernhard Langer, Rory McIlroy, Colin Montgomerie, José María Olazábal and Jon Rahm.

The 2022 Irish Open will be part of the Open Qualifying Series where the top three players who are not already exempt will qualify for The 150th Open Championship at St Andrews.