Nicolai Hojgaard is making just his second appearance on the DP World Tour since February and he has started well in Girona. 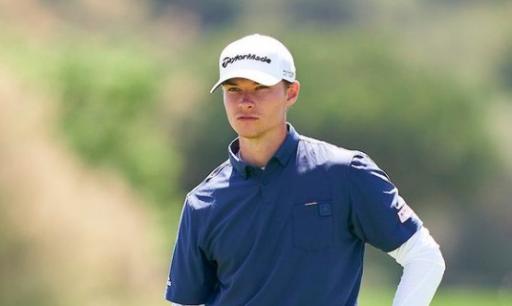 Hojgaard, who is the twin brother of three-time DP World Tour winner Rasmus Hojgaard, is only making his second appearance on the circuit since February.

The exciting 21-year-old began his round on the Stadium Course at PGA Catalunya Golf and Wellness on the 10th hole and made four birdies and one bogey on his way to a solid score.

When he finished his round in Girona, he finished three shots behind clubhouse leader Oliver Bekker on 6-under-par. Bekker is chasing his first win on the DP World Tour.

Bringing back the memories

Hojgaard came 71st at the ISPS Handa Championship in Tarragona last week and between that appearance and missing the cut at the Ras al Khaimah Classic in February, he has plied his trade on the PGA Tour.

He made appearances at the Honda Classic, the Arnold Palmer Invitational and the Corales Puntacana Championship but he missed the cut in all of them.

He is currently tied with fellow Danish players Thorbjorn Olesen and Thomas Bjorn who also shot scores of 69 in the first round.

Olesen made his sole appearance at the Ryder Cup in 2018 under Bjorn's captaincy and Hojgaard will be hoping to make it into Henrik Stenson's European side for the 2023 matches.

Other notable scores at the Catalunya Championship include James Morrison and Li Haotong on 5-under-par and Adri Arnaus and Hennie Du Plessis on 4-under-par.