Local favourite Linn Grant will take a two-shot lead into the final round of the Volvo Car Scandinavian Mixed as she bids to become the DP World Tour's first female winner. 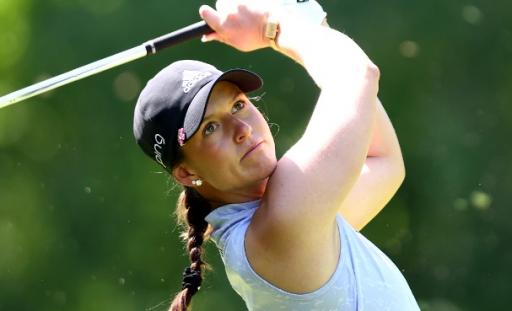 Local favourite Linn Grant will take a two-shot lead into the final round of the Volvo Car Scandinavian Mixed as she bids to become the DP World Tour's first female winner.

The 22-year-old Swede fired a flawless 66, which included a tremendous eagle from 75 feet on the 11th and four birdies, to get to 16 under par and overtake halfway leader Jason Scrivener at the top.

Australian Scrivener had led for most of the day and found himself three shots clear at the turn, but he missed good chances to extend his advantage and a double bogey at the short 16th saw him fall from the summit.

A closing birdie handed Scrivener solo second spot on 14 under, while home hero and tournament co-host Henrik Stenson was alone in third another shot further back.

Birdie at the last

Linn Grant posts a third round 66 to take the lead by two.#VolvoScandinavianMixed pic.twitter.com/f3AUnWpuGY

Grant only entered the paid ranks last year but is already a proven winner, having followed up her maiden Ladies European Tour victory at the Joburg Ladies Open in March with a second title at the Mithra Belgian Ladies Open two weeks ago.

"I really found my swing yesterday on the range and this morning was a good warm up, a bit stressed, but that is pretty much a good thing to me. I got out there and hit good drives, I think I hit pretty much every fairway, on the greens and solid putting

"I think I practised throughout all my years playing as an amateur being in the same situation of being nervous and knowing how to handle that and get the best out of myself.

"I think it is fun, I am her to do my golf and I hope that takes me all the way and if it does, then I’ll take it for the women.

"I hope that people realise that we’re actually getting there, getting close to the guys and having the same journey the men have had for the last thirty or forty years. To really just put women’s golf on the map a little bit more than it is at the moment, we can hit it far enough and close to the pin and hole some putts and do good scoring."