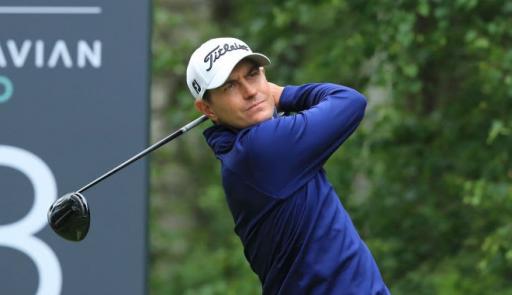 Jason Scrivener produced the lowest round of the week so far to sit two shots clear at the top of the Volvo Car Scandinavian Mixed leaderboard at the halfway stage of the co-sanctioned DP World Tour and LET Tour event.

The Australian reeled off eight birdies at Halmstad Golf Club - including four in a row from the 11th - in a spotless 64 on Friday, keeping his card clean with a par save from nine feet at the last.

The 33-year-old began the day three shots off the lead but soon set about closing the gap, pouring in a 32-foot birdie putt at the long second before making back-to-back birdies at the fifth and sixth.

Scrivener caught fire on the back nine, carding four consecutive birdies at the 11th, 12th, 13th and 14th thanks to a hot putter and curled in his 20-foot effort at the 17th for another birdie before holing his tricky par putt on the 18th green to set the clubhouse target on 12 under par.

"It has been a frustrating couple of months, and I felt a round like this was close and I am pretty happy with it," said Scrivener.

"Just golf really. I have been playing decent just not really holing any putts and making a few mistakes here and there, and not putting a score together, so for it all to come together today it was nice."

Italian amateur Carolina Melgrati was one of three players in a tie for second after following up Thursday's 65 with a second-round 69, with home favourite Linn Grant and Mike Lorenzo-Vera also on ten under par.

Grant, a winner two weeks ago at The Mithra Belgian Ladies Open, mixed six birdies with two bogeys in an impressive 68 which she capped with a fine birdie at the last.

Afternoon starter Lorenzo-Vera had closed the gap to Scrivener to just one shot after notching seven birdies in his opening 13 holes but his first bogey of the day at the 17th saw him sign for a 66.

Craig Howie and Daniel Gavins were in a share of fifth place on nine under, one stroke ahead of tournament co-host Henrik Stenson following his 66.

Home hero Peter Hanson, making his final appearance on the DP World Tour this week before retiring from competitive golf, was treated to a wonderful send-off on the 18th green on Friday.