Australia's Lucas Herbert is now in a race against time to break the world's top 50 before the end of 2022. 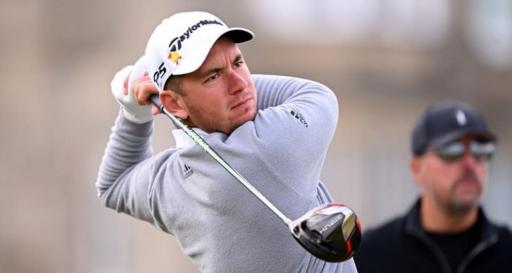 Lucas Herbert has been forced to withdraw from his home Australian PGA Championship after struggling with a back injury in the second round.

Herbert, who was playing with 36-hole leader Jason Scrivener and former US Open champion Geoff Ogilvy, could only manage 10 holes on day two until he could take the pain no more.

He opened with a round of 1-over par and then his struggles continued on the outward nine on day two.

"I twinged my back this morning on the range. I lost a lot of power in my swing.
"I tried everything I could to get going, I really wanted to keep playing and try and finish and make the cut and work my way up on the weekend. But I was getting told by people much smarter than me that I should give it some rest and allow it to recover for next week, that potentially I could do some damage longer-term. It's annoying, because I don't think I've pulled out of atournament mid-round.
"I'll do everything I can to get right for next week."

The withdrawal is not only a setback to miss the weekend of one of his favourite tournaments of the season, but it also now makes things extremely tough for Herbert to break into the world's top 50 and play his way into the majors next year.

Herbert is currently 55th in the Official World Golf Rankings (OWGR) with just one more counting tournament to play this year.

He will get one more chance at the Australian Open next week, should he be fit enough to play.

LIV Golf's Cameron Smith is one shot behind Scrivener heading into the weekend at the Australian PGA Championship.

Herbert, who won his maiden title on the PGA Tour in Bermuda in 2021, expressed huge disappointment at missing out on a debut Presidents Cup appearance when speaking to the media earlier this week.

"I was really pissed off I didn't make that team.

"I thought I had a lot to offer and I felt like my form was decent leading up to it.

"I didn't think I was out of form, so I was pretty disappointed when I got the call."