Blades fan Fitzpatrick was having none of it when he was called out by a fan. 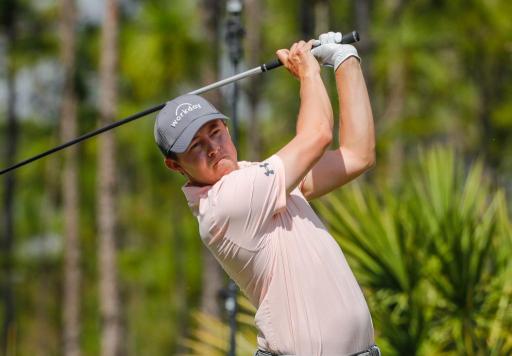 Matthew Fitzpatrick fired back on social media after a Manchester United fan called him a "bottler".

The Sheffield United fan and European Tour star qualified for Padraig Harrington's European side via the world points list.

His 20th-placed finish at the BMW PGA Championship at Wentworth was enough to see him achieve his goal for the season.

He tweeted the goal at the start of the year was to be on the European team.

Goal at the start of 2019 was to make the team, absolutely delighted to be going to whistling straits in a couple of weeks! @RyderCupEurope pic.twitter.com/rRwFkn7Esb

His qualification marks a very good year for Fitzpatrick, where he won the DP World Championship in Dubai.

Fitzpatrick's overall game has improved considerably to the point he is now known as one of the best ball strikers on the Tour.

When his putter is working, his scoring is ridiculous.

But not everyone thought Fitzpatrick was a lock for the Ryder Cup side.

Tron Carter, from the NoLayingUp podcast, posted his thoughts about Fitzy last weekend before he secured his slot for the Europeans.

"And as much as I like Fitzpatrick, he would’ve been a terrible fit for this course. Much more complete player now, but got blown out to sea in ‘16," he posted.

In his typical dry-witted humour, Fitzpatrick quote-tweeted Tron, and simply said: "Well this is awkward..."

We can only assum the account @moyes_back supports the Reds.

They posted: "As awkward as you play when you get near the lead in big tournaments. #Bottler".

Fitzy wasn't having any of it, here's how he responded:

He was referencing Sheffield United's memorable win at Old Trafford last season in the Premier League.

The 27-year-old will want to firmly bury the ghosts of Hazeltine.

By the time he was playing in the singles, Europe had already lost.

He also lost in the foursomes when he was paired with Henrik Stenson.