"It’s tough. There are times where I’m like, I won my match. I did my job. What do you want from me?" 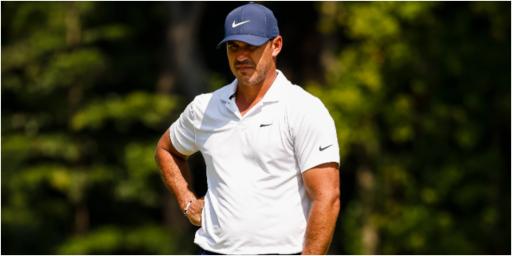 For the majority of his career, Brooks Koepka hasn't been one to speak at length and give the media a view of his inner workings.

But only a week before the Ryder Cup, Koepka has been speaking in detail about his career so far and what he hopes to achieve.

It is probably his most signifigant interview in his life and that's quite remarkable considering he's 31 and a four-time major winner.

In a wide-ranging chat with GolfDigest topics included Tiger Woods, Phil Mickelson, his health and the uniqueness of the Ryder Cup.

He talks injuries, the differences in major preparation compared to the Ryder Cup, mental health and family relationships.

Tennis superstar Naomi Osaka is brought up, while he also talks about the sacrifices he has made and will continue to make.

It's not surprising that an athlete of his calibre rarely gets the chance to wind down and relax due to the travel and training.

But it sounds as if for the next 10 years, Koepka is going full throttle before relaxing a bit and concentrating on his family and friends.

There are a few extracts that really standout, none more so than when he is asked about the Ryder Cup.

RELATED: BROOKS SAYS HE CAN CATCH TIGER IN MAJOR WINS

Asked if it is strange being on a team, he tells the publication:

"It’s different. It’s hectic. It’s a bit odd, if I’m honest. I don’t want to say it’s a bad week. We’re just so individualized, and everybody has their routine and a different way of doing things, and now, it’s like, OK, we have to have a meeting at this time or go do this or go do that. It’s the opposite of what happens during a major week. If I break down a major week, it’s so chill. You wouldn’t even believe me. I go to the course. I play nine holes. I go work out. Other than that, I’m sitting and watching TV, taking my mind off golf with relaxing stuff. The physical part, I can handle. The mental side, you have to be able to turn it off. Sometimes, the power comes from being able to turn it on. But for me, I get power from turning it off. That’s been a huge, huge thing for me that I really haven’t understood until the past five or six years of my career."

When he is asked about the dynamic at the Ryder Cup, Brooks said:

"It’s tough. There are times where I’m like, I won my match. I did my job. What do you want from me? I know how to take responsibility for the shots I hit every week. Now, somebody else hit a bad shot and left me in a bad spot, and I know this hole is a loss. That’s new, and you have to change the way you think about things. You go from an individual sport all the time to a team sport one week a year. It’s so far from my normal routine. I can barely see my [personal] team. It’s hard to even go to the gym. At the Presidents Cup in New York, we had to go to the gym at 5 a.m. to get it in. We went to the Equinox, and it was me, Dustin and Tiger, and we come back and go to a team meeting. Under regular conditions, I take naps a lot. I might take an hour, hour-and-a-half nap, or just chill on the couch and watch “SportsCenter,” before rounds, after rounds, whatever. There’s no time to do that at the Ryder Cup. There’s no time to decompress."

It's fair his responses are typical Brooks in the sense he doesn't hold back.

Usually we only get snippets of this type of honesty.

But it is certainly interesting in how he approaches the Ryder Cup with this mindset.

Contrast this approach to the Europeans and it's quite telling why the U.S. side have such a poor record recently in the biennial event.