Nacho Elvira had an exciting round at Celtic Manor Resort on Thursday, which included an eagle and a shot taken from stinging nettles. 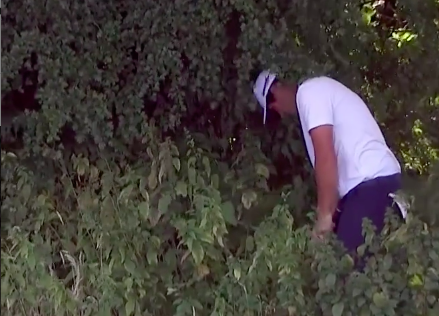 Nacho Elvira had an entertaining but brilliant first round at the Cazoo Open, carding a scintillating score of 7-under-par at Celtic Manor Resort.

At the venue which was the scene of the 2010 Ryder Cup, Elvira shot 3-under-par in his first nine holes with five birdies and two bogeys in a mixed stretch of holes.

The Spaniard made a fantastic eagle on the par-5 11th hole and added a birdie at the next hole and also on the par-4 15th hole.

Elvira reached 7-under-par after 15 holes but he made a damaging double-bogey on the 16th hole. At one point in his round, he had to hit his ball out of a patch of stinging nettles in a position where he was lucky to find it.

The World No. 694 managed to birdie the final two holes in Newport to claw his score back to 7-under-par to share the first-round lead with the Swede Vincent Norrman.

Both players sit three shots ahead of a whole host of players on 4-under-par, including Englishman Robert Rock and former European Ryder Cup player Nicolas Colsaerts.

Rock, who has two wins on the European Tour, made four birdies in his last five holes to finish his round with a score of 67.

Colsaerts made just one bogey on Thursday at Celtic Manor Resort and made five birdies to sit just three behind the leaders, alongside Rock and six other players.

As the tournament is being held in Wales, the Cazoo Open is being supported by Real Madrid and Wales international footballer Gareth Bale.