Sebastian Soderberg equalled the course record at the Albatross Golf Resort by carding a 64 on day two in Prague. 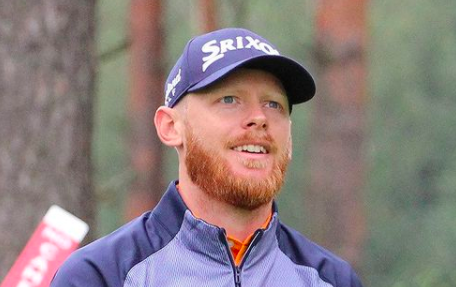 Sebastian Soderberg equalled the course record at Albatross Golf Resort as he fired an 8-under-par 64 to take the halfway lead at the D+D Czech Masters.

The Swede, who will defend his Omega European Masters title next week at Crans-sur-Sierre, made the turn in 3-under-par before play was halted for half an hour due to waterlogging after heavy rain in the Czech capital.

He then made his move after play resumed, going 4-under-par in his next three holes with two birdies and an eagle, before taking the outright lead with his seventh birdie of the day on the 18th hole, signing for a 10-under-par total.

"I did play really well. I didn’t really get into trouble, except on 17 and I made a good up and down. It was a lot of fairways, a lot of greens, a few nice putts and a very solid day," said Soderberg.

"I went 4-under-par in three holes right after the rain delay, so it worked out pretty good for me."

The 30-year-old leads Sean Crocker of the United States and Poland’s Adrian Meronk, who both carded 5-under-par rounds of 67 to sign for 9-under-par totals.

They sit one stroke ahead of the 2016 Open champion Henrik Stenson, who remains bogey-free after 36 holes on 8-under-par.

"I think that speaks volumes of my putting, course management and some tidy shots around the greens when I have been missing. I definitely give my putting the biggest credit these first two days as to why we're bogey-free and in a good position," said Stenson.

"There’s more to ask with the long game, but I still hit fairways and greens, I want a bit more than I have produced these two days, but we're in good shape and I'm looking forward to the weekend."