Jon Rahm is in scintillating form right now and he leads after 36 holes at the Northern Trust on 12-under-par. 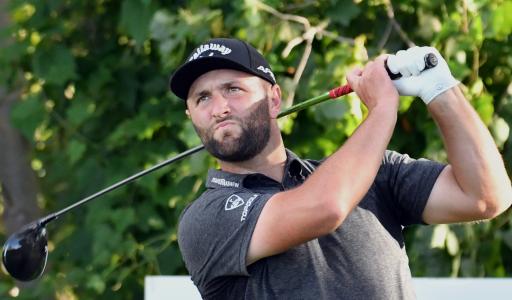 Jon Rahm is going from strength to strength with each round he plays, shooting a superb 4-under-par 67 on Friday to hold a one-shot lead at the Northern Trust.

Rahm shared the lead with Justin Thomas after round one, but he pulled away from his American opponent with a birdie on the 13th hole, which was his fourth hole of the second day.

The Spaniard made another three birdies on the back nine to complete a bogey-free round of 67. He has now played 36 holes without a bogey at an event at the FedEx Cup Playoffs, beating his previous best of 21 holes.

Rahm is in unstoppable form on the PGA Tour. He finished tied third at The Open Championship after winning his first major title at the US Open, and it almost certainly would have been another victory at the Memorial Tournament if he did not test positive for Coronavirus.

31 straight holes without a bogey.

The 26-year-old is one shot ahead of Tony Finau who tied his career-low opening 36-hole score on the PGA Tour, finishing on 11-under-par on Friday.

The big American shot a fantastic score of 7-under-par and it could have been better if he didn't make a bogey on the 18th hole. Finau has only won once on the PGA Tour, but most importantly he is at a projected ranking of second in the FedEx Cup.

Thomas began his second round at Liberty National poorly, making four bogeys on his first nine holes to go out in 3-over-par.

However, the 2017 PGA champion made three consecutive birdies on holes 5, 6 and 7 and a fantastic eagle at the par-5 8th hole to come back in 5-under-par, and complete a round of 69 to move two shots behind Rahm.

Bryson DeChambeau bounced back from his extraordinary round of level-par on Thursday to shoot 6-under-par on Friday, sitting six shots behind Rahm.

NEXT PAGE: IAN POULTER: "YOU'VE GOT TO BE F***ING KIDDING ME - THIS SHOULD NOT BE HERE"