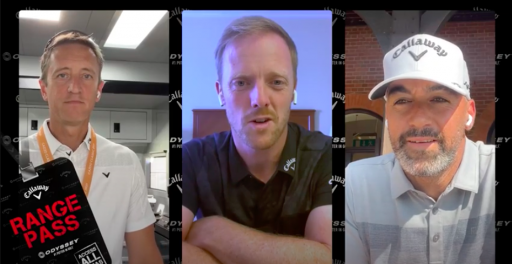 The latest episode of the Callaway Range Pass vodcast saw Zane Scotland and Paul Monks chat to four-time European Tour winner David Horsey about his time with Callaway and his current thoughts on his career.

Horsey had his breakthrough moment on the European Tour in 2010 when he won the BMW International Open, finishing one shot clear of Englishman Ross Fisher.

His last victory came six years ago at the Made in Denmark when he finished two shots clear at the top of a competitive leaderboard at the Himmerland Golf and Spa Resort.

Horsey spoke to Scotland and Monks ahead of the Cazoo Classic at the London Golf Club in Kent, a tournament where he eventually finished in a tie for 13th.

"I just want to take it week by week really," Horsey said when asked about his goals for the rest of the season.

"Since coming on tour, I was always quite intense and would will the ball in the hole and force things a bit. I had great determination and it got me a long way in the game.

"But it comes to a point where I think 'what do I need to do to be more consistent' and sometimes you don't only look at your game for that, but you apply yourself in a different way."

The 36-year-old almost secured the fifth win of his career on the European Tour at the beginning of August, when he came second at the ISPS HANDA World Invitational.

Horsey spoke to Scotland and Monks about his successful relationship with Callaway and the importance of long-distance hitting in the game, which has become so prominent in 2021.

"It doesn't matter what you do to equipment, balls, clubs or whatever, the long hitters are still going to be long hitters," added Horsey.

"They've got speed and they work in the gym. Bryson's done an unbelievable job to change his body to be able to create more speed.

The Callaway trio also discussed Horsey's journey with the popular brand, as well as Monks' encounters with six-time major champion Phil Mickelson in the Callaway trucks.