Shane Lowry won the Abu Dhabi HSBC Championship in 2019 and he is just one shot behind leader Scott Jamieson with 18 holes remaining. 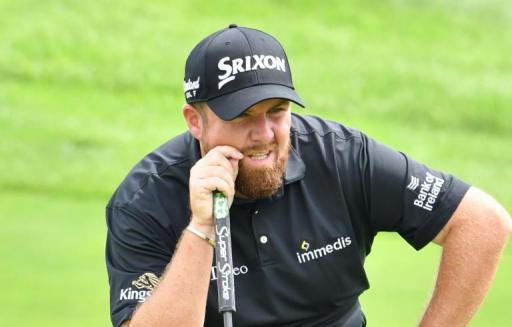 Lowry, looking for his sixth win on the DP World Tour, fired a 5-under-par 67 to reach 10-under-par for the week and one shot behind Scotsman Scott Jamieson.

The Irishman began the day two shots behind the 36-hole leaders Jamieson and James Morrison. Morrison could only manage a round of level-par to drop four shots behind.

Lowry was solid on Saturday at Yas Links. He made two birdies on the front nine and three on the back to complete a bogey-free card.

Jamieson did well to keep the lead that he shared after play on Friday. He won his first and only DP World Tour title at the Nelson Mandela Championship back in December 2012.

Tied with Lowry in second place is the impressive Thomas Pieters. The big-hitting Belgian also shot a 67 in Abu Dhabi to remain in the thick of contention.

Pieters found form late in the day in the 2021 DP World Tour season and he earned his first win for two years at the Portugal Masters.

Since his 64 on the first day, Viktor Hovland hasn't been able to reproduce this form. However, he shot a 2-under-par 70 earlier today to finish on 8-under-par for the tournament. He is just three shots back.

Ian Poulter, who relished the tough and windy conditions on Friday, is a further shot back on 7-under-par with Morrison and also Rafa Cabrera-Bello.

Rory McIlroy shot a 67 in round three to get himself back in the red on 2-under-par, but the Race to Dubai champion Collin Morikawa is well off the pace on 2-over-par.

NEXT PAGE: COBRA LTDX 3 WOOD VS COBRA LTDX MAX 3 WOOD - WHICH SHOULD YOU HAVE IN THE BAG?