Tiger Woods has landed in Ireland to play in the star-studded JP McManus Pro-Am at Adare Manor, a competition he has played in since 2000. 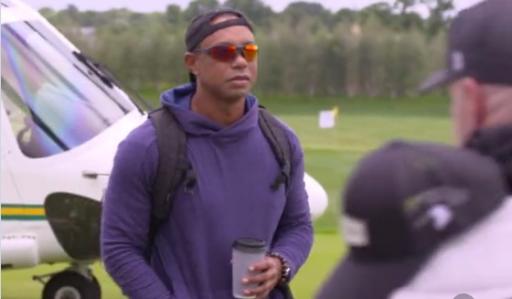 15-time major champion Tiger Woods has landed in Ireland ahead of the JP McManus Pro-Am which is set to begin tomorrow at Adare Manor.

Woods is headlining a stellar cast of players at the 2027 Ryder Cup host venue for a tournament which has raised over $140 million for charity since 1990.

The 46-year-old won the event in 2000 at Limerick Golf Club. The tournament will be held on Monday and Tuesday and Woods will tee off in the first round at 2.05 pm with Michael Smurfit Jnr, Tony Smurfit Jnr and Sharon Smurfit.

10 of the world's top 11 golfers have committed to the event which first moved to Adare Manor in 2005. Woods confirmed his place in the field on April 14, while World No.1 Scottie Scheffler committed to it at the end of May.

"Tiger has been a great friend and avid supporter of the Pro-Am for a very long time and we are absolutely thrilled he has committed to play once again in the tournament," said tournament host McManus.

"His presence at Adare Manor will undoubtedly bring huge excitement to the thousands of spectators and we are very grateful to him for giving up his free time to be with us.

"We’d also like to sincerely thank all our players, the DP World Tour, volunteers, and ticket cap holders for their continued support of the event as we endeavour to raise vital funds for charities in the region."

As you can see in the footage above, Woods arrived via helicopter as he looks to ramp up his preparation for The 150th Open Championship later this month.

Two of Woods' three Claret Jugs were won at St Andrews, so it is no surprise that the American is so dedicated to the final major of the year.

Next Page: LIV Golf Portland: How much did each player win at Pumpkin Ridge?