Harmon reveals he has not been working with Koepka since just after The Masters in November 2020... 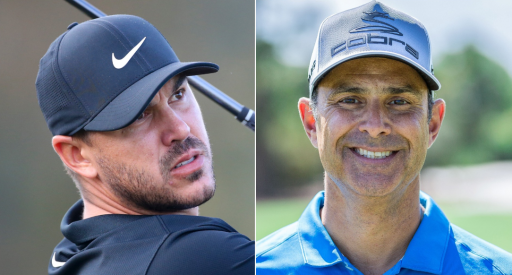 Claude Harmon III has told Golfweek that he is no longer working with four-time major champion Brooks Koepka.

Harmon III, who first began working with Koepka back in 2013 when he was applying his trade on the Challenge Tour, helped the American go on to win four major titles and also move to the top of the world rankings for the first time in his career.

But in an interview with Golfweek after seeing his client Si Woo Kim landing his PGA Tour hat-trick at The American Express on Sunday, Harmon III explained the split happened some two months ago.

Harmon III, who coaches World No.1 Dustin Johnson, was quizzed by the publication on what he made of the form of Koepka recently after he missed the cut in California on the PGA Tour last week, and he replied: "I don't know. We are no longer working together."

He added: "I was informed on the Wednesday after The Masters that he wanted to go in a different direction."

Koepka has since told Golfweek: "I love Claude, we had a great run and he’s still family to me, but unfortunately we’re not working together anymore."

Harmon III is the son of Butch Harmon, who famously coached Tiger Woods from 1993 through to 2004.

Rumours have surfaced recently that Koepka - a free agent in the equipment world - is about to sign a new deal with Cleveland / Srixon after he was spotted using Srixon ZX7 irons, Cleveland ZipCore wedges and a Srixon golf ball at The American Express last week.

Koepka has slipped down the world rankings to a current 12th position after an indifferent run of form of late.

Saying that, the American certainly sounds very confident of adding some more majors to his game in 2021 - READ HERE.

NEXT PAGE: IS BROOKS KOEPKA ABOUT TO SIGN WITH SRIXON? THIS IMAGE SUGGESTS POSSIBLY!