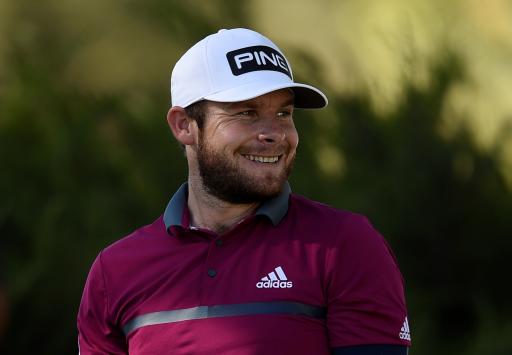 Tyrrell Hatton has confirmed his participation in the Horizon Irish Open at Mount Juliet Estate this summer and he has admitted the country is always one he enjoys playing in as a result of the fans.

Hatton, a four-time Rolex Series winner, will be making his first appearance at the island of Ireland's national open since 2019.

The Englishman came close to winning the Irish Open in 2015 when finishing one shot shy of a playoff at Royal County Down, but the World No.23 is hoping to go all the way this July.

“I’m really looking forward to returning to Ireland,” said Hatton, who will tee up on Mount Juliet Estate's Jack Nicklaus-designed course for the first time.

"It’s a country I love playing in and the fans are always incredible. I’ve heard great things about Mount Juliet and it boasts a great history, having hosted World Golf Championships in the past.

"I know the atmosphere will be pretty special this year with full capacity crowds returning for the first time in three years, hopefully I can bring my A-game and give the fans something to cheer about.”

Hatton will be joined by his fellow former Ryder Cup stars Thomas Pieters and Thorbjørn Olesen, both winners already in 2022, when the trio make their Horizon Irish Open return at Mount Juliet Estate from June 30 – July 3.

Pieters, who dethroned Hatton as the Abu Dhabi HSBC Champion in January, earned his best result on Irish soil at Mount Juliet last year – finishing in a tie for 12th  – and the Belgian’s form has been on a steep upward curve in the past 12 months.

His win in Abu Dhabi was his second in three appearances, having lifted the Portugal Masters trophy in October 2021 courtesy of a two-stroke victory, and the big-hitting Belgian is looking forward to his Mount Juliet return.

Will be great to return to this fantastic venue https://t.co/lP3R46lE9A

“I’m excited to get back to Mount Juliet,” said Pieters.

“It’s a fantastic resort and, although we had a limited number of fans last year, I think it will be extra special this time around with it being at full capacity. We will also get an opportunity to explore the Kilkenny area and experience the true Irish welcome.

“I have big goals this year with my game so I feel that if I can play my best in July, I will hopefully be able to put myself in a good position come Sunday.”

Olesen, meanwhile, returned to the winner’s circle just over two weeks ago when the Dane triumphed at the Betfred British Masters hosted by Danny Willett, his sixth DP World Tour title.

The 32-year old will be making his ninth appearance at the historic national open, his best finish coming in 2018 when he finished in a tie for sixth, and he is looking forward to playing Mount Juliet for the first time.

“I always enjoy competing in Ireland and I'm excited to tee it up at the Horizon Irish Open next month", said the 2018 Ryder Cup winner.

“It was great to win at the Betfred British Masters a couple of weeks ago and I'm looking forward to playing in front of knowledgeable golfing fans, which always provides a great atmosphere for players. Mount Juliet is a brilliant course and I've no doubt it'll be a fun week."

Last year, the returning home fans watched Australian Lucas Herbert triumph in wire-to-wire fashion, sealing a three-stroke victory for a second DP World Tour title. The promising 25-year-old has since won for the first time on the PGA Tour, at October’s 2021 Butterfield Bermuda Championship and he made his Masters debut earlier this month.

Prior to the 2021 edition, Mount Juliet had hosted the Irish Open for three consecutive years in 1993, 1994 and 1995, won by Englishman Nick Faldo, Bernhard Langer of Germany and Scotland’s Sam Torrance respectively.

It was announced in February that all general admission tickets for Sunday at the 2022 Horizon Irish Open have sold out, the earliest sell-out day in the history of the DP World Tour. Limited tickets still remain for the Wednesday Celebrity Pro-Am, as well as the first three tournament days – Thursday, Friday and Saturday.

Premium Experience hospitality packages are also selling fast, with The Range Club – an ideal offering for smaller groups wishing to relax in style and enjoy outstanding service in a relaxed hospitality environment – already sold out across the weekend.

General admission tickets and Premium Experience hospitality packages, including the Green on 18 experience which only has availability remaining for Saturday, can be purchased here and fans are encouraged to purchase in advance to avoid disappointment.

Fans purchasing tickets now also have the option to make a donation to Make-A-Wish® Ireland, after it was announced that the charity – which grants wishes to children with life-threatening conditions – will be the Official Charity of the Horizon Irish Open for at least the next six years.