Sam Horsfield overcame Ryan Fox in a compelling battle in the last round at Rinkven International Golf Club, finishing two shots ahead of the man from New Zealand. 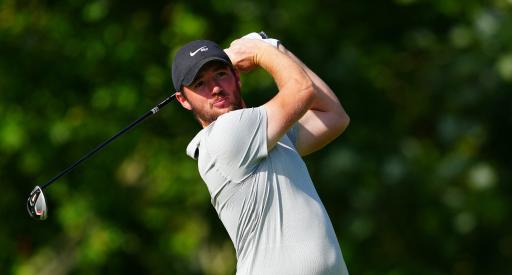 Sam Horsfield became a three-time winner on the DP World Tour by winning the Soudal Open by two shots in Belgium.

Horsfield overcame Ryan Fox in a great battle at Rinkven International Golf Club in Antwerp, making a crucial birdie on the 17th hole.

Horsfield began the round just one shot behind Fox who was also looking for his third win on the circuit. Fox made an early bogey on the 2nd hole but bounced back with three consecutive birdies.

Related: Justin Thomas on Sunday at AT&T Byron Nelson: "14-under is EXTREMELY doable"

The 35-year-old opened up a three-shot lead but Horsfield cut the deficit with birdies on the 7th and 10th holes, reaching 12-under-par and one shot behind.

After bogeys on the 9th and 13th holes, Fox fell back to 12-under-par and with five holes remaining in Antwerp, there was nothing between the two of them.

Unfortunately for Fox, this stretch was where he made mistakes. He bogeyed the 16th hole and Horsfield rolled in a crucial birdie putt on the par-5 17th hole.

As Horsfield had a one-shot lead heading down the last, Fox couldn't find the heroics needed to bounce back. He finished on 11-under-par with a round of level-par, while Horsfield carded a 68 to seal the deal on 13-under-par.

The German Yannick Paul carded a 69 to finish in tied second alongside Fox, while Chase Hanna and Olive Bekker finished in tied-fourth place on 10-under-par.