Rory McIlroy confirms he will be skipping the Irish Open at Mount Juliet. 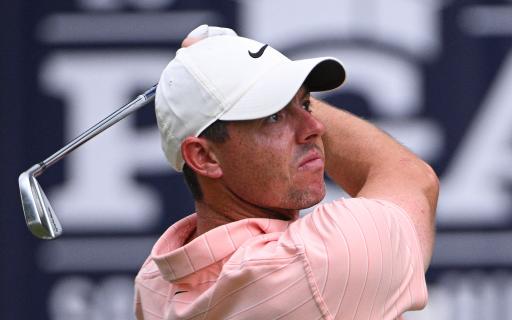 Rory McIlroy has confirmed he will be skipping this year's Irish Open at Mount Juliet from June 30 to July 3.

McIlroy, who finished eighth at the PGA Championship last week, will be playing in the JP McManus Pro-Am in the country at Adare Manor the week after the Irish Open.

The Northern Irishman will then take a week's break before heading into the 150th Open Championship at St Andrews.

Related: "Rory gets a pass?" Paige Spiranac hits out at Rory McIlroy after his disappointing PGA Championship finish

McIlroy has revealed he will be playing four tournaments on the PGA Tour in a row starting at the Memorial Tournament from June 2 to 5.

The former World No.1 will then defend his title at the RBC Canadian Open the following week, before heading to the Travelers Championship and the year's third major championship, the US Open at Brookline.

"I'll play these next four weeks and then it’s two weeks out from competitive golf I guess," said McIlroy.

"I’ll go to Adare Manor and play JP’s Pro-Am and then just probably be around the area that week, play some links golf and then head to St Andrews maybe the weekend before to get some prep done."

McIlroy hosted the Irish Open from 2015 to 2018 and he really helped get the tournament back up and running again on the European Tour, especially when winning the tournament at the K Club in 2016.

But this time around, the Irish Open fixture will just not fit into his schedule in and around the majors.

McIlroy has started the year well in the majors with a solo second and eighth at The Masters and PGA Championship respectively, but the Ulsterman knows that is not good enough as he seeks so badly to get back on the major ladder with his last victory dating back to 2014.

"I definitely feel like it was one that got away. But, again, I have to take the positives – and the fact that eighth place in a major is absolutely the worst I feel I could've finished last week," McIlroy told the Irish Independent after the PGA.

Earlier this week, Tyrrell Hatton, Thomas Pieters and Thorbjorn Olesen all confirmed their participation in the Irish Open at Mount Juliet - READ HERE

Next Page: Richard Bland blasts Boris Johnson on social media... ahead of him going into the LIV Golf opener