Xander Schauffele: What's in the bag of the Genesis Scottish Open winner?

Xander Schauffele carded a level-par 70 in the final round at The Renaissance Club to secure his seventh win on the PGA Tour and his second in two weeks. 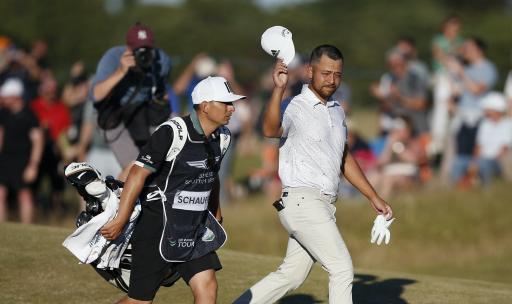 Xander Schauffele has chosen the perfect time to find his best form as we have finally entered the week of the historic 150th Open Championship.

With wins at the Travelers Championship, the JP McManus Pro-Am and now the Genesis Scottish Open, Schauffele has rocketed to number five in the world rankings and third in the FedEx Cup standings.

His level-par 70 in the final round at the Renaissance Club was enough for the 28-year-old to secure a one-shot win over Kurt Kitayama on 7-under-par.

"It's an incredible feeling, a big sense of relief. It was a very stressful day and this is very rewarding. It's incredible, just look around, the fans pushed me along all day. This is the first of many co-sanctioned events and it's an honour to win the first one," Schauffele said.

Schauffele now enters the week at St Andrews as the man to watch. The American is yet to win a major and he came as close as it gets at the 2018 Open, coming tied second behind Francesco Molinari.

He turned professional in the year the famous championship was last held at St Andrews and since then, he has also recorded top-30 finishes in 2017 and 2021.

Next Page: DP World Tour: How much did they win at Genesis Scottish Open?