Bryson DeChambeau on his new Cobra driver: "IT'S DISGUSTING!"

Bryson DeChambeau is seriously impressed with his new prototype Cobra driver ahead of his clash with Brooks Koepka and PGA Tour return. 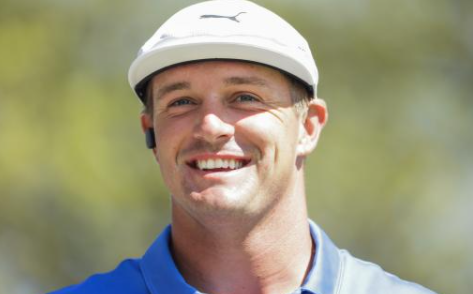 Bryson DeChambeau has labelled his brand new Cobra prototype driver as "disgusting" - in a good way - ahead of his upcoming Match against Brooks Koepka and imminent PGA Tour return.

DeChambeau posted an 11-minute video addressing his thoughts about the driver on his new YouTube channel alongside his good friend and reigning World Long Drive champion Kyle Berkshire.

WATCH: BRYSON DECHAMBEAU DRESSES AS JAMES BOND AND THEN DANCES ON THE RED CARPET

DeChambeau admits in his latest video that he can reach up to 200 mph even on a mishit using his new Cobra driver, which is scheduled for a 2022 release.

"Holy shnikeys bro, I mean with that amount of loft on it, because it's not the right loft yet, that was 200 mph ball speed not even trying, and I mishit it a little low on the face," said DeChambeau.

He then added: "So, under 300RPMs of sidespin, either right or left, it’s pretty much going in the fairway. Obviously, with how far we’re hitting you might be missing it a little bit, but that’s probably a 20 yard miss to the right. That’s insane.

"Guys, that’s what I’ve been saying; that’s what we’re trying to build. Drivers are not built right, and they are finally getting built right. That sums it up when you’ve got Kyle hitting it that friggin’ straight with that driver. Driver is disgusting!"

While we cannot bring you any further details on what Cobra has in store for golfers in 2022, DeChambeau has given fans a sneak preview of what's to come from his manufacturer in his latest video.