Collin Morikawa: What's in his new TaylorMade golf bag for 2022

Check out the new golf clubs in the bag of PGA Tour star Collin Morikawa. 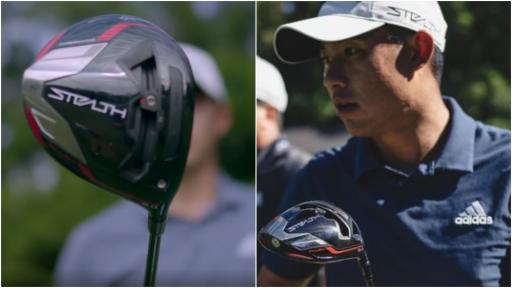 The golf clubs in the bag of Collin Morikawa have been revealed for 2022 following the American's first appearance of the year on the DP World Tour in Abu Dhabi this week.

Morkawa, the reigning Race to Dubai champion, has decided to join Tiger Woods and Rory McIlroy by sticking the new TaylorMade Stealth Plus Driver - a brand new carbonwood from the company - straight in his bag.

The two-time major champion is using the TaylorMade Stealth Driver in 8 degrees in a Mitsubishi Diamana D+ 60-TX shaft.

Morikawa is sticking by his TaylorMade SIM fairway wood in 14 degrees with a Mitsubishi Diamana D+ 80-TX shaft, but he has upgraded his 19-degree fairway wood by switching into the Stealth Plus in the same shaft.

When it comes to the short game, Morikawa is using TaylorMade MG3 wedges in 50, 56 and 60 degrees with True Temper Dynamic Gold S400 shafts.

The sound of Stealth. The acoustics of #StealthDriver are next level, and our engineers obsessed over getting that sound just right. Learn just how they pulled it off with 60X Carbon Twist Face here: https://t.co/AHs6YgMRPJ pic.twitter.com/mhpsSvdswN