The World No.1 switched putter for the final round of last week's RBC Heritage and he plans on keeping it in the bag for his next PGA Tour event. 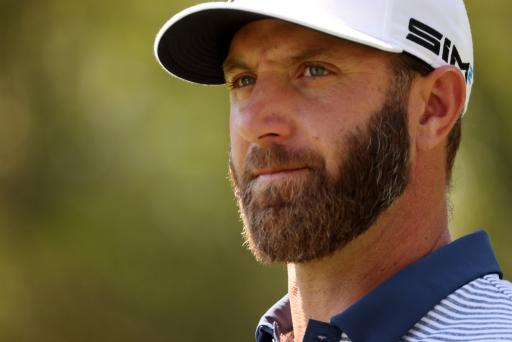 Dustin Johnson changed his putter and shaft for the final round of the RBC Heritage last week and it seems to have paid off, with the World No.1 confirming he will be keeping it in his bag when he makes his next appearance on the PGA Tour at the Valspar Championship.

Johnson hasn't been putting too well in recent weeks and his performance on the greens was one of the reasons he crashed out of The Masters, where he missed the cut during his title defence.

The two-time major winner has been known to switch his flat stick around more often than others, with putting an area of his game he knows he can strengthen and we have seen plenty of different TaylorMade putters in his bag over the past few years.

Typically, players will practice with a new putter before a tournament and make a decision on whether they will game it for the week or not, but Johnson made the unusual choice of switching it up for the final round at Harbour Town Golf Links on Sunday.

Johnson switched his TaylorMade Spider for a TP Bandon 1 Prototype, while he also opted for a new shaft in LA Golf’s multi-material TPZ 135 shaft, making it the first time the American has used a multi-material shaft in his career.

The change of putter seemed to do the trick for Johnson during Sunday's final round, where he shot 5-under par to climb the leaderboard to finish in a tie for 13th at 10-under par.

“I feel like I haven’t putted really well for the last few weeks, so that’s kind of really why I’ve just been struggling with my putter,” Johnson said on Sunday. “I kept with it, kept practicing, kept grinding, but it wasn’t really getting any better, so sometimes it’s just time for a change.

“It felt good. It would have made a few more I feel like, just a little more speed. The first day using it, I just got it in yesterday, so rolled a few on the putting green. I really like it. It’s got a different shaft in it and a different head but rolled good. We’re going to keep it up.”