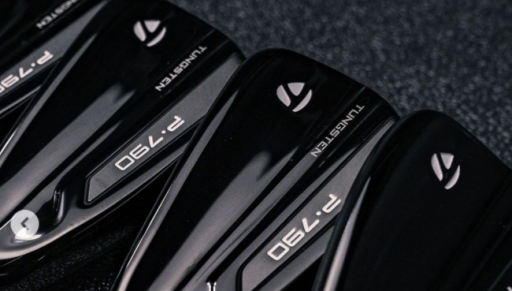 TaylorMade have released a new edition of their P790 iron range in a new black design.

The popular P790 irons are part of TaylorMade's impressive P700 series that includes clubs such as the P770's, P•7MB's and the P•7MC's.

The company have released the irons in black to provide for golfers who just want something different in their bag.

The high-gloss black PVD finish provides a bold and premium look that will make the irons stand out. The P790's have a forged hollow body construction, which consists of a thin, wrap around forged 4140 face and a soft carbon steel body designed to deliver explosive distance and forgiveness.

The clubheads are injected with SpeedFoam to push the design limits of face speed while simultaneously improving feel. The irons also have low profile tungsten weighting to create a lower centre of gravity and a higher launch when striking the ball.

TaylorMade have also included the Thru Slot Speed Pocket in the P790's which is the brand's most flexible speed pocket. It is engineered to maximise ball speeds and provide forgiveness for low face shots.

How important are CORRECT SIZED golf shoes on the course?
The BEST golf clubs on the market for BEGINNERS in 2021

The irons are manufactured with Progressive Inverted Cone Technology, which is strategically located in each club to improve accuracy and protect off-centre ball speed.

The P790's can be a set from 3 iron to AW. The steel shaft comes in a True Temper Dynamic Gold 105 VSS BLACK and there are custom options available for graphite shafts.

TaylorMade is unquestionably one of the most popular brands on Tour and this is proven by the top athletes they sponsor such as World No.1 Dustin Johnson, Rory McIlroy and Tiger Woods.

NEXT PAGE: CAMERON SMITH SHOOTS AN INCREDIBLE 62 TO LEAD THE RBC HERITAGE