The World No.1 has extended his deal with TaylorMade and puts a new driver in the bag on the PGA Tour this week. 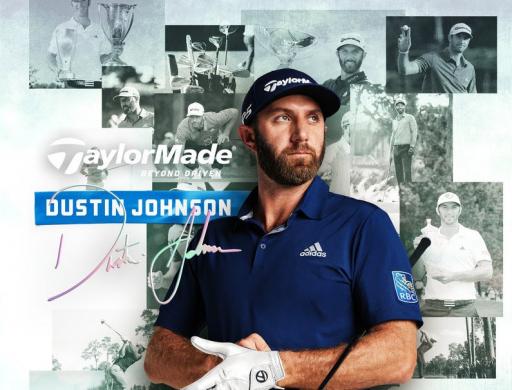 World No.1 Dustin Johnson has extended his contract with TaylorMade Golf, a brand he has been with since he turned professional and the Masters champion will add a new driver to his bag at the Sentry Tournament of Champions this week.

At a time where one of TaylorMade's top stars Jon Rahm left the company for Callaway, the brand has ensured it remains the major player on the PGA Tour by not only extending their deal with Johnson, but also signing English superstar Tommy Fleetwood.

Armed with TaylorMade equipment, Johnson has amassed 24 victories over the course of his 14-year professional career including two major championships.

"With all the challenges of 2020, it was one of my best years on the golf course," said Johnson. "TaylorMade was right there with me each step of the way, just like they’ve been for my whole career. There isn’t a better golf equipment company in the game, especially the guys out on Tour. I’m looking forward to being part of Team TaylorMade for a long time to come."

In each of Johnson's 14 wins he competed with a bag of 14 TaylorMade clubs as well as his trusted TaylorMade TP5x golf ball, priving to be one of the best golf balls on the market.

This week, Johnson returns to the PGA Tour for the Sentry Tournament of Champions where he enters as the favourite to win, but faces stiff opposition against the likes of last year's winner Justin Thomas, former TaylorMade teammate Rahm and big-hitting Bryson DeChambeau, who recently clocked 211mph of ball speed whilst preparing for the event.

Johnson will have two new clubs in play to kick off 2021, so check out what's in his bag below.