More details on EA SPORTS PGA TOUR will be released in the coming weeks. 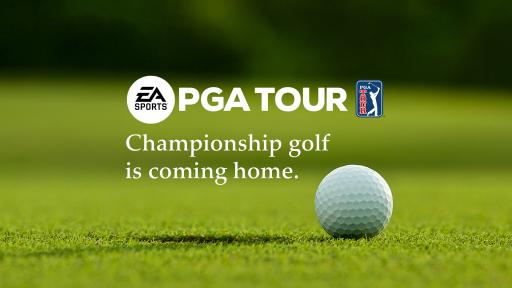 It seems golf fans and gamers will be treated to another new golf video game in the coming months, after EA SPORTS announced its new next-gen EA SPORTS PGA TOUR video game.

The game is currently in development and further details about the next-gen game are to be revealed in the next few weeks and a launch date will be announced in the coming months.

EA SPORTS PGA TOUR will allow golf fans to build their virtual career and experience, whilst playing as or against some of the biggest names in the sport, in tournaments such as The Players Championship and the FedExCup Playoffs.

In the past, the EA SPORTS video games have always been impressive and the new game is set to rival the recent PGA TOUR 2K21 game that launched earlier this year, with Tiger Woods signing a deal to be a part of the latest golf video game.

We will find out which players will be a part of the new EA SPORTS game in time, but the game developing giants have promised that their latest game will expand on its history in golf with an all new next-gen experience, built on the EA Frostbite engine, promising stunning fidelity, breathtaking immersive environments, and approachable, dynamic gameplay.

“EA SPORTS and the PGA TOUR have created some of the most memorable golf video game experiences together, and we couldn’t be more excited to expand our sports portfolio with a new golf title on next-gen hardware,” said Cam Weber, EA SPORTS EVP and GM. "Our team of passionate golf fans is meticulously recreating the world’s top courses such as Pebble Beach, and we can’t wait to give fans the opportunity to compete on some of the most iconic PGA TOUR courses and win the FedExCup.”

“We’ve partnered with EA SPORTS to bring immersive golf video game experiences to fans of all ages for years,” said Len Brown, PGA TOUR Chief Legal Officer and Executive Vice President Licensing and Merchandising. “We are thrilled to continue working with EA SPORTS on its golf franchise to authentically represent the PGA TOUR for the next generation. The newest game will give golf fans another way to experience their favorite sport, or to discover their passion for it.”