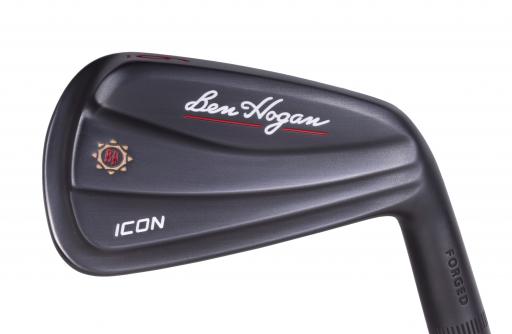 GolfMagic has received the brand new Ben Hogan Icon Black irons, and boy do they look incredible.
But before we head to the course to test them out, we thought we would give you a first look video as to what these irons are all about...
Ben Hogan, who died in 1997 aged 84, is rightly considered one of the greatest ever golfers to have graced the game. Notable for his profound influence on golf swing theory and his legendary ball striking ability, Hogan won 9 major titles which ties him with Gary Player for fourth in the all-time majors list, trailing only Walter Hagen, Tiger Woods and Jack Nicklaus.
Hogan is also one of only five players to have completed the career grand slam of winning all of golf's four majors.
RELATED: BEN HOGAN LAUNCHES NEW EUROPEAN WEBSITE
In 1953, Hogan typed out a message to PGA professionals promising the merits of his new brand's debut clubs. It read: "Best performing, best feel and with the best eye appeal."
Ever since then, the Ben Hogan Golf Equipment Company has embraced this mantra with every single club it has produced.
So what about the brand new Ben Hogan ICON irons for 2020, which GolfMagic is about to test out in its beautiful and durable Diamond Black Metal finish.
On first look, these irons are certainly for the better players out there, so we would not recommend these for game improvement players.True shot makers are likely going to enjoy these with their inviting look, top notch craftsmanship and several key trademarks that have been set in the design.
The irons possess a thin topline with minimal offset. They are clean, pure and elegant in their shaping, and they are certainly compact in their head size. These irons would very much epitomize Hogan's "forged feel feedback" theme.
We can't wait to head to the golf course with these in play, so stay tuned to the GolfMagic YouTube channel and to GolfMagic.com to check out our full review of these irons, which are available to purchase in 4 to PW on the Ben Hogan website from £795.