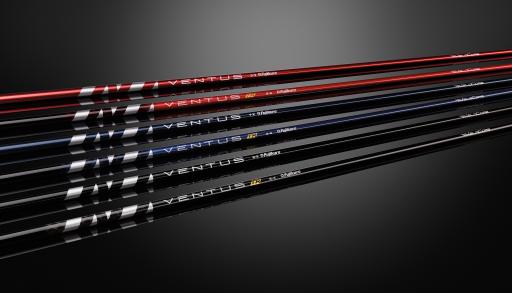 Fujikura, the most trusted wood shaft brand on the PGA Tour, has unveiled the latest additions to the successful VENTUS TR line of shafts: VENTUS TR Red and VENTUS TR Black.

They will be available at retail at the end of August.

The extended VENTUS TR line now features three launch profiles (mid-high, mid, and low) that are  designed specifically to stiffen torque in the section of the shaft where golfers need it most, leading  to increased stability and consistency.

While VeloCore Technology remains at the heart of all VENTUS TR products to provide an  incredibly stable overall platform, an added layer of ultra-strong and ultra-lightweight spread tow carbon fabric reinforces the mid/handle section to increase torsional stiffness.

Each VENTUS TR profile provides similar feel to its original VENTUS counterpart, but with enhanced stiffness and reduced launch and spin.

Ongoing enso® analytics at Fujikura have shown one of the highest stress points of the shaft is the mid/handle section during the transition and downswing.

“Any time we incorporate a new technology into a shaft offering, it’s always in the conversation to expand and integrate that technology into additional profiles. The immediate adoption, success, and  performance gains we saw from VENTUS TR Blue led us to enhance the line with additional  profiles,” says Spencer Reynolds, Fujikura Product and Brand Manager.

“Expanding VENTUS TR  offerings provides fitters more options in the VENTUS line to fit, and ultimately help a wider range of players improve the performance of their drivers and fairway woods. With six VENTUS profiles  available with varying performance characteristics, the VENTUS line is truly firing on all cylinders.”

The current No.2 ranked player in the world and reigning Open champion Cameron Smith uses TR Blue in both his  driver and 3 wood.

Driven by feedback from the best players in the world and validated through enso® testing and  analytics, VENTUS TR establishes the new benchmark for shaft stability and consistency.

VENTUS TR Red and Black will be available at retail from August 2022 through 600+ authorized Fujikura  Charter Dealers and select OEM custom programs.