Joohyung Kim: What's in the bag of the first-time PGA Tour winner?

Joohyung Kim earned his PGA Tour membership after completing an empathic five-shot victory at the Wyndham Championship with a final-round 61. 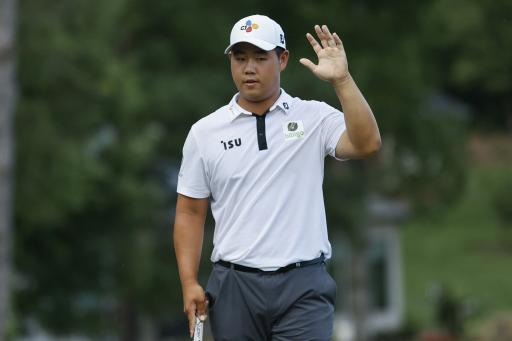 Joohyung Kim put on one of the performances of the 2022 PGA Tour season at the Wyndham Championship to win his first Tour title and earn his full membership on the circuit.

"Tom", his nickname on the PGA Tour, made six birdies and an eagle on the front nine on Sunday to go out in 27 shots. This levelled the second-lowest nine-hole score in Tour history.

He finished five shots ahead of Sungjae Im and John Huh on 20-under-par, becoming the first player since the Tour began recording hole-by-hole data in 1983 to make a quadruple bogey or worse on the first hole of an event and win it.

Kim had been a special temporary member of the circuit, but with his maiden win, he has earned a place in the FedEx Cup standings. He is now in 34th place and in good shape to at least progress to the second Playoff event which is the BMW Championship.

The 20-year-old has also become the youngest non-American born player to win on Tour since 1923. At such a young age, you'd certainly think there is much more to come.

Joohyung Kim - What's in the bag?