We put two of the best drivers in 2020, the Mizuno ST200G and Cobra SPEEDZONE, up against each other. 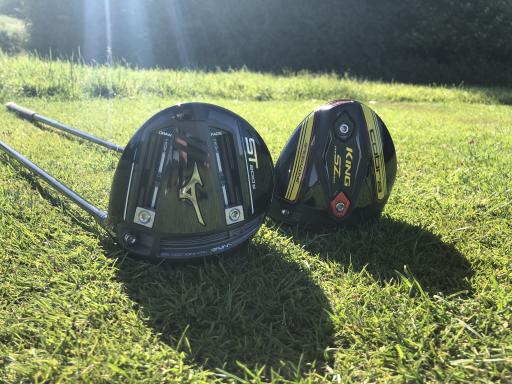 We might not have had the year we planned in 2020, with a lack of live golf and closed courses, but we have still seen some of the most impressive drivers ever launched this year.

With new modern technology and incredible aesthetics, the drivers released this year certainly haven't let us down, so we decided to put two of our favourites up against eachother.

EQUIPMENT QUIZ: Which new driver have we chosen for YOU?

The Mizuno ST200G and Cobra SPEEDZONE have proven to be two fan-favourites in 2020, with both of them offering serious power off the tee and sleek designs.

This head-to-head by no means proves which one is better, as different drivers with different shafts suit different people, so if you are interested in buying one of these drivers, make sure you get a custom fitting session first.

The new ST200 has enjoyed fast adoption by contracted and uncontracted Tour players from across the globe. After some early testing at the ZOZO Championship in Japan in November 2019, the first ST200 driver went into play at Sea Island for the PGA Tour’s RSM Classic by an uncontracted player. While JLPGA Tour Player, Erica Hara, was the first to put the ST200X in her bag for tournament play at the Daio Paper Elleair Ladies in Matsuyama, Ehime, Japan.

The ST200 Series offers a choice of three different head designs in the driver, each with a Beta rich Titanium face and each offering a different ball flight.

The ST200G has been designed for high swing speed efficiency. It’s even faster from the club face than its predecessor, more reliable on miss-hits, and offers spin rates adjustable from mid to ultra-low.

The ST200G shares many of the same features and benefits as the ST200 in terms of a 17% stronger SAT Beta 2041 Ti face, a TOUR READY shape and pure sound at impact, but has also been engineered for ultimate adjustability via the intuitive FAST TRACK system. Thanks to twin 7g weights on longer external tracks, the ST200G offers even more effective weight movement, allowing mid/low to ultra-low spin positions.

ABOUT THE COBRA SPEEDZONE

In the new SPEEDZONE drivers, Cobra Golf has tapped into the world of super cars to optimise six unique zones of performance to deliver unrivaled speed and distance in two new drivers, the KING SPEEDZONE and the KING SPEEDZONE XTREME. Like a racecar, every component from the internal chassis design to the exterior shaping was engineered to maximize power output. Below is a rundown of the six zones of performance COBRA delivers in its 2020 SPEEDZONE Driver line.