Hole19 is a multi-functional golf app and it has introduced a new feature for Apple Watch users which allows players to accurately measure shots after their strike. 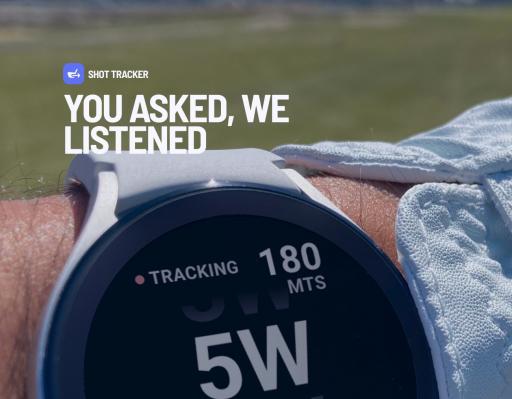 The new feature allows Apple Watch players to accurately measure the distance of a golf shot on their wrist immediately after they hit the ball, watching the tracker count the distance as they walk the fairway.

The latest update was added as a result of user feedback to ensure the app offers an effortless product to use on-course, to aid the speed of play and become an asset to all golfers globally.

After the shot has been tracked, they register the club used and the lie before saving the shot. The data will then automatically save to the member’s Club Stats section within the Hole19 app, giving them an insight into all the clubs in their bag.

This allows members to see average distances to improve club selection and shoot lower scores. Since its launch, users have seen on average, a three-shot saving each year.

"At Hole19 we are delighted to be able to give something back to our members after reaching the mammoth total of three million users worldwide. As the biggest community in golf, we want to continue to innovate and offer on-course support to our members, in the easiest formats possible," said Hole19 Head of Marketing Ben Hacker.

"Knowing how far you hit your clubs is the fastest way to lower your scores. There is nothing more frustrating than hitting the ball out of the middle of the club, only to see it fly over the green or come up short because you had the wrong club in your hands.

"With Shot Tracker on Apple watch, we can now allow golfers to track this important data quickly and easily without needing to get their phones out."

To further celebrate its three million member milestone, Hole19 is offering a new, innovative golf competition where UK-based golfers can compete from any UK course, for the chance to be crowned the inaugural 'Hole19 Majors Champion'.

The inclusive national tournament sees round one open to all participants in July. Round two will then take place in August for the top 50, before the Final Round, for nine players at The Shire.

The complete collection of watch essentials can be accessed as part of a Premium Pro subscription - which also unlocks the full suite of game-enhancing features - or after purchasing the standalone Lite for Wearables package.

Next Page: Will Zalatoris hits out at "Instagram morons" after US Open heartbreak