Scottie Scheffler and Will Zalatoris have both set different records for PGA Tour earnings this season. 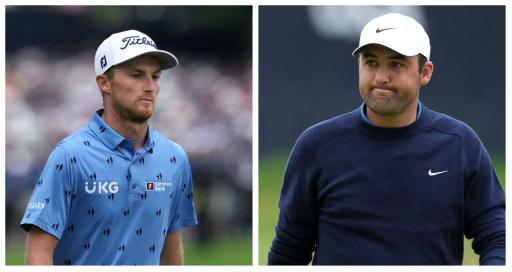 Scottie Scheffler has made headlines for his simply staggering form this season and now he's set another record despite coming up short at the US Open.

Scheffler, 25, finished only one stroke behind Matthew Fitzpatrick at The Country Club at Brookline despite holding a two-stroke lead at one stage during the final round.

Of course, he has achieved this staggering sum of money by winning four times. Those victories came at the WM Phoenix Open, Arnold Palmer Invitational, WGC Match Play and the Masters.

He's also finished second at the Charles Schwab Challenge and the Houston Open to go along with his joint runner-up finish in Massachusetts.

That year Spieth won two majors and five times overall. It's even more staggering that we are yet to play out the four majors this and there are still some huge events left in the season that include three FedEx Cup playoff events.

Will Zalatoris, who endured yet more major heartache over the weekend, has set a different record. His $6,441,437 earned this season is the most money earned in a PGA Tour season without winning.

Zalatoris' performance over the weekend saw him move up to seventh place in the world rankings.

Scheffler paid tribute to Zalatoris this weekend after both missed out on a major triumph.

"Will is a really talented player. He's strong mentally. That's why he performs so well. It just so happens the last two majors he's been up against great champions in Fitzy and Justin Thomas," he told the media.

"It's one of those deals where you keep knocking on the door and keep putting yourself in position, and he'll come through. I'm sure he'll win one of these when it's all said and done.

"I was watching the putt on 18. When it was two feet out, I was like, oh, yeah, that one's in, and for some reason it went off to the left. It's one of those deals. You've got to get the breaks. Will is tough mentally. He'll bounce back from this."

He also paid tribute to the champion Fitzpatrick.

Scheffler told the media: "Tip of the hat to Fitzy. He's been playing really good golf, and he definitely deserved to win this event. I don't know if you guys noticed, but I feel like he has made some extreme improvements off the tee in a matter of months.

"I played with him in Austin this year, and he was not hitting it nearly as far as he is now. I don't know what he was doing. Maybe he was on the Bryson program or something. He's hitting the ball really well and has been knocking on the door for a long time. He definitely deserves this win."