Jordan Spieth has celebrated his win at the RBC Heritage with a brand new deal to extend his long-term partnership with Under Armour. 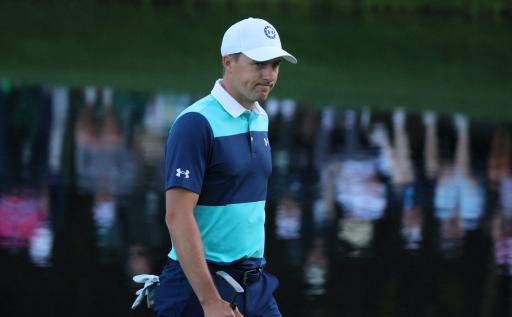 Jordan Spieth has extended his long-standing partnership with Under Armour until 2029 following his victory at the RBC Heritage on the PGA Tour.

Spieth first signed with Under Armour in 2013 and since then, he has won three major championships and spent 26 weeks at the top of the world rankings.

The famous company will also donate $1 million to the Jordan Spieth Family Foundation over the next eight years. The foundation has provided scholarships, grants and golf programmes for young people in America.

This is part of Spieth and Under Armour's commitment to breaking down barriers and making golf accessible. The 28-year-old has been instantly recognisable with his UA clothing on the PGA Tour for many years.

"Under Armour took a chance on me. I was just leaving school, and I guess in other sports I would have been considered a high draft pick but at the same time I didn’t have PGA Tour status, which in golf means everything," Spieth said.

"I'm always trying to just push myself (and) get 1% better each day."

Last weekend, Spieth overturned a three-shot deficit in the final round at Harbour Town to seal his 13th career win and his first since Easter Sunday in 2021.

He carded a final-round score of 66 to force a playoff with fellow American and Ryder Cup teammate Patrick Cantlay and he won after Cantlay found himself plugged in the greenside bunker on the first playoff hole.

"We’re incredibly honoured to continue working with Spieth for years to come," said Sean Eggert, SVP of Global Sports Marketing at Under Armour.

"He’s an athlete who truly embodies what it means to strive for more. Jordan’s future is bright, which was evident in his spectacular performance in Hilton Head this weekend, and we look forward to being with him on this journey as he continues to grow with us, challenge us and make us better at what we do. We couldn’t be prouder to have him on our team."

Next Page: Patrick Cantlay: "I don't spend too much time trying to chase that"