PGA Tour pro Robert Garrigus has confirmed he has applied to play in the LIV Golf Invitational at Centurion Club. 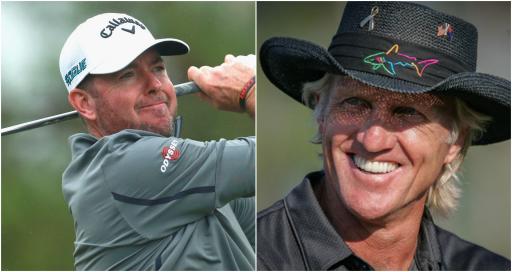 PGA Tour pro Robert Garrigus has confirmed he has requested a conflicting event release to play in the first Saudi rebel tournament.

Over the weekend it was reported that Garrigus was the first player to ask the PGA Tour for permission to play in the LIV Golf Invitational at Centurion Club in June.

Garrigus, 44, who is the current world number 1043 and has one win on the PGA Tour, has confirmed to Golf Channel that he has made the request.

However, the professional golfer has refused to elaborate more on the controversial topic, saying he was grateful to receive a sponsor's exemption to play in the Zurich Classic.

Garrigus is partnering Tommy Gainey at TPC Louisiana for the only team event on the PGA Tour schedule. Cameron Smith and Marc Leishman are the defending champions.

Garrigus told Golf Channel: "I am grateful to have been given a sponsor exemption into this week's event and I just want to focus on playing the best I can."

The publication also report that the PGA Tour have declined to comment on the matter.

Garrigus has not played a full schedule on the PGA Tour since 2018. The LIV Invitational Golf Series will feature eight global events with a prize purse of $255million.

The Telegraph have reported that at least six DP World Tour players have also asked for permission to play in the curtain-raising event.

It is expected that providing the requests aren't too numerous then they will be granted but there will be issues with conflicting events going forward.

The second event on the LIV Golf Invitational Series is in Portland, Oregan, which could see things "get messy" according to one insider who suggests this will be the stage when the lawyers get involved.

Under PGA Tour rules it is forbidden for releases to be granted for conflicting events being staged in North America.