Max Homa: What's in the bag of the two-time Wells Fargo champion?

Max Homa continued his love affair with the Wells Fargo Championship at TPC Potomac after carding a 68 to win his fourth PGA Tour title. 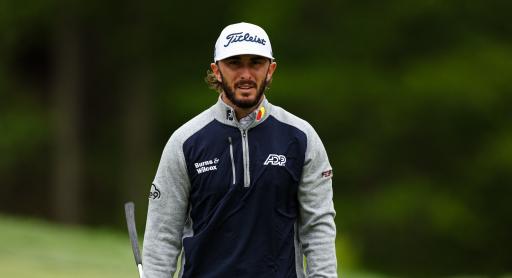 Max Homa became only the second multiple winner of the Wells Fargo Championship after securing a two-shot win at TPC Potomac.

Homa engaged in a two-way battle with Keegan Bradley, but the former USPGA champion made one too many mistakes including double-bogeys at the 2nd and 11th holes.

The 31-year-old carded a 68 to finish two shots clear of Bradley, Cameron Young and Matt Fitzpatrick. He and Rory McIlroy are the only players on the PGA Tour to have won the Wells Fargo Championship more than once.

McIlroy began the final round in Maryland six shots behind the 54-hole leader Bradley, but despite making four birdies, the Northern Irishman couldn't get close enough.

Homa is now a four-time winner on the PGA Tour and he joins Scottie Scheffler, Sam Burns, Cameron Smith and Hideki Matsuyama as multiple winners in the 2022 season.

Related: WATCH: Pro putts birdie attempt off the green, then it gets worse

"It feels good. It's a special day for me. I just feel like life is good and I'm playing some good golf," Homa said.

"I'm coming into my own and starting to believe in myself and that's all I can ask for."