Max Kieffer: What's in the bag of the new DP World Tour winner?

Max Kieffer carded a superb 66 in the third and final round of the D+D Real Czech Masters to secure his maiden DP World Tour title in Prague. 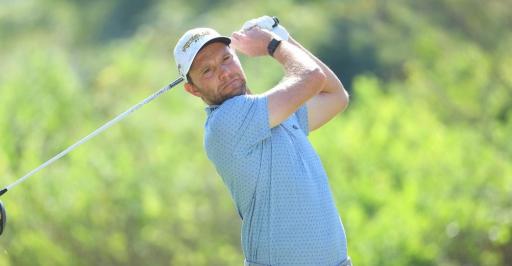 The 32-year-old made seven birdies in the final round to finish one shot ahead of Green who led overnight. He carded rounds of 68, 66 and 66 at Albatross Golf Resort to earn himself $297,500.

Kieffer had made two top-10's in 2022 prior to his win in the Czech Republic. He has also risen 65 places to 32 in the DP World Tour rankings as we approach the season-ending DP World Tour Championship.

His round of 6-under-par took him to 16-under-par with Green on 15-under-par. It was another good week for Eddie Pepperell who secured a tied eighth finish alongside Thomas Pieters.

"It’s tough to put into words what this means to me right now. It’s great, and I’m just going to enjoy it. I felt confident all day, I had a great warm-up before the final round and I was ready to attack today," Kieffer said.

Much like Kieffer, Ian Poulter carded a 66 in the final round to reach tied 23rd on the leaderboard. After his round, the Englishman criticised the DP World Tour for not allowing him to share footage of the week on social media.

Kieffer became the latest Callaway staff player to pick up a trophy on the DP World Tour using a Callaway Rogue ST Triple Diamond which is regarded as one of the best golf drivers of the year.

Max Kieffer - What's in the bag?